It has been a long week.   We had an eight-day re-construction project started and completed, and while everything is cleaned up and back to normal, these things are never fun.  During one of the more frustrating days when either the lawyer was here, or the insurance adjuster, or an 82-year-old woman beeping her horn in our driveway for kicks, I turned to James and reminded him that it was 7 years ago this week that we were preparing to depart for Ozone, Arkansas.  Gas prices were not yet $2.00 a gallon.  The mention of the trip brought a smile and fond memories.

Many of us had our ‘walking sticks’ for the trek on the old Ozone farmstead above.  In Pelsor, I bought an awesome varnished stick (not the one pictured) at Nellie’s Crafts for $5.49.  It sits alongside my desk as a reminder of Ozone and all that it represents.

Ozone is a small dot on the map, a place where more memories than people live, a mountainous region where my mom’s family farmed and lived before departing the rocky soil for the sand of Waushara County in the 1940’s.   In early May 2001 all seven of the kids that my grandparents raised traveled back to Ozone, along with some of their own children and grandchildren, to again walk the fields and re-tell the stories of their youths that were as fresh to them as if they had happened only the year before.  For a long wonderful once-in-a-lifetime family reunion weekend the siblings had a real trip back in time.  For the rest of us it was a real connection to our past.  At the time I wrote….

Despite intermittent rain showers the seven children, along with their children and grandchildren, walked the former land once farmed by the family in the 1930’s and 1940’s.  The present owners, Gen Nelson and Brian and Rhea Rylee, were most hospitable as the Schwarz’s retraced their steps where they had once combined hard farm work with memorable smiles and times of family togetherness.

The boundary of the farmstead is still bordered by a rock fence that delighted the family members.  Herman’s parents, Jacob and Bertha Schwarz bought the 160-acre farm in 1908. Construction of the fence started soon after.  Waist high in most places, and still sturdy enough to allow an adult to walk on top of it in some places, the fence remains a testament to hard work and perseverance.

A picnic lunch followed the walk at the Old School house in Ozone where Anna Schwarz had once worked in the kitchen.  Local Ozone residents, Jewell Walker Best and Lois Yates proudly showed the family the latest quilt that local women are sewing that will be sold for the continued up-keep of the school.

On Sunday as clouds gave way to bright sunshine the Schwarz family drove up the mountain to attend worship service at the Ozone Baptist Church where Anna and Herman had once attended.

With a rock or two from the fence and a sense of serenity provided by the beauty of the Ozarks and the kindness afforded by local residents, the family left the mountain.

Across the road from the old school house there lived a small boy named Justin (below) who was attracted to all the bustle and cars that normally were not around his small world.  He ventured over and soon was striking up conversations, and it was clear he was interested in staying for lunch with us.  We had all brought our own sandwiches, and as James and I had plenty, we invited him to share our food.  Talking with him I soon learned that Ozone was more remote than I had previously understood.  He had never seen a camera or an umbrella before and was giggling every time we took a picture of him and flash would go off.  Opening the umbrella was something that had to be done over and over.  After returning to Madison we framed a couple of pictures and sent them to his home in the Ozarks. 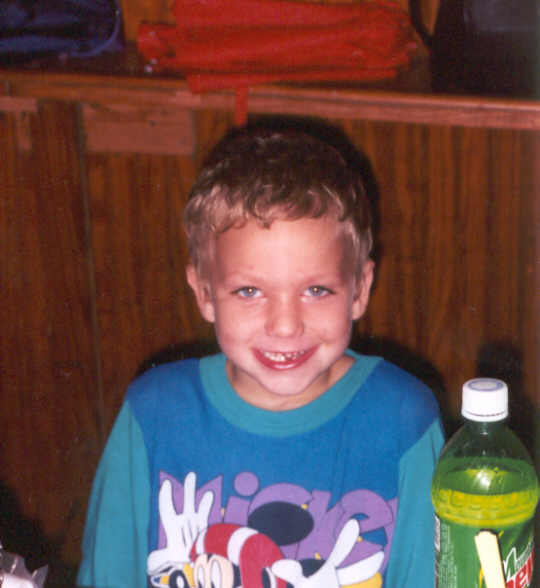 Tragic.  No other words come to mind.

The news as reported by the Isthmus is numbing.   There will need to be serious answers given to the public about this matter.  And soon.   Joe Norwick, director of the Dane County 911 Center, has lots to explain!  Not only what happened the day Zimmerman called and later was murdered, but also why the delay in responding to questions about this matter, and trying to dodge his responsibilities to own up to the massive and grave error at the 911 center.

Madison police believe Brittany Zimmermann called 911 before she was stabbed and beaten to death inside her Doty Street apartment, but the 911 Center failed to send help after erroneously concluding the call was a mistake.

The 21-year-old UW-Madison student’s body, with multiple stab wounds to the chest and blunt force trauma to the head, was discovered at 1:08 p.m. on April 2 by Zimmermann’s fiancé. The scene was such a mess that he initially believed Zimmermann had been shot.

Zimmermann’s murder is the fifth unsolved Madison homicide in the past 10 months. Two have occurred downtown, inside homes, during the day, apparently by strangers.

Four weeks after Zimmermann was murdered, her killer or killers remain at large, and little is known about the investigation. But Isthmus has been able to confirm several new details.

The most significant is that the 911 Center received a call from Zimmermann before she was killed, did not dispatch police, and then did not immediately or accurately inform the Police Department about the call after cops found her body, law enforcement officials tell Isthmus.

Sources suggest the center may have made a call-back to a wrong number, where the person who answered assured that no crisis was occurring. One source says cops might have been better situated to make a quick arrest had mistakes not been made by the 911 Center.

Over the past two and a half weeks, the 911 Center has refused requests for basic information about the calls. This week, Joe Norwick, director of the Dane County 911 Center since July, declined further opportunities to comment after being provided with a written summary of parts of this story.

In an email, Norwick said he was basing his refusal on a request from the Madison Police Department to withhold all information “pertaining to this matter” because release would “seriously impair” the murder investigation.

Madison police officials vigorously dispute this. While declining to call the 911 Center’s action a cover-up, they suggested that Norwick is improperly using the department as an excuse not to own up to his agency’s mistakes.