I am far more interested in the new Star Trek film this weekend than the latest Dan Brown novel to hit the big screen.  So why do I post here about “Angels and Demons”?  Because the reviewer for the The New York Times, A.O. Scott, writes with such a punch that it deserves a bit of play here.  In fact, his review may be better than the movie.

Since “Angels & Demons” takes place mainly in the Vatican, and is festooned with the rites and ornaments of Roman Catholicism, I might as well begin with a confession. I have not read the novel by Dan Brown on which this film (directed, like its predecessor, “The Da Vinci Code,” by Ron Howard) is based. I have come to believe that to do so would be a sin against my faith, not in the Church of Rome but in the English language, a noble and beleaguered institution against which Mr. Brown practices vile and unspeakable blasphemy.

This movie, without being particularly good, is nonetheless far less hysterical than “Da Vinci.” Its preposterous narrative, efficiently rendered by the blue-chip screenwriting team of Akiva Goldsman and David Koepp, unfolds with the locomotive elegance of a Tintin comic or an episode of “Murder, She Wrote.” Mr. Howard’s direction combines the visual charm of mass-produced postcards with the mental stimulation of an easy Monday crossword puzzle. It could be worse.

The only people likely to be offended by “Angels & Demons” are those who persist in their adherence to the fading dogma that popular entertainment should earn its acclaim through excellence and originality. It is therefore not surprising that the public reaction so far has been notably calm. Theological hyperventilation has been minimal, and Columbia Pictures has not been accused of falsifying the history or corrupting the morals of Western civilization.

Let us not forget that if there was marriage for all in Wisconsin this type of legislation would not be required.

An analysis prepared for lawmakers says Gov. Jim Doyle’s plan to give same-sex couples some legal protections likely does not violate the state ban on gay marriage.

A memo by the Legislative Council says that “comprehensive, core aspects of the legal status of marriage in Wisconsin” would not be given to domestic partners under the governor’s plan.

Therefore, the memo says judges could reasonably conclude it does not violate the 2006 constitutional amendment that prohibits same-sex relationships that are “substantially similar” to marriage.

On the other hand, the memo said “it cannot be concluded with certainty” judges would draw that conclusion.

Write your own joke.

Rep. Vern Buchanan, R-Fla., a businessman who has owned car dealerships since 1992, learned Thursday that his Venice, Fla., Dodge dealership was among those scheduled to be terminated.

“It’s an outrage. It’s not about me. I’m going to be fine,” said Buchanan, the dealership’s majority owner. “You’re talking over 100,000 jobs. We’re supposed to be in the business of creating jobs, not killing jobs.”

Chrysler LLC disclosed that it intends to close about a quarter of its 3,200 U.S. dealerships by June 9, saying in a bankruptcy court filing that the network has too many stores competing against each other. Buchanan’s dealership is the first listed on the court document specifying the dealerships scheduled for closure.

Buchanan owns five dealership locations in Florida and North Carolina. He once owned 23 car franchises and sold off about 60 percent of his car dealerships before entering Congress. His Dodge dealership in Venice also includes a Nissan store.

I often carry my camera around on walks, and as I rounded a street corner on Lake Monona today I noticed something in the air over the water.  By the time I flashed the first picture the guy was already finishing up his fun…..but I still thought the following pictures rather interesting.  The guy was taking advantage of the noontime winds that gusted about, in spite of the drizzle.  Hopefully he will be back, and I can showcase some more photos of him in action over the water.

In the middle of the picture is the first thing I noticed….the red ‘sail’. 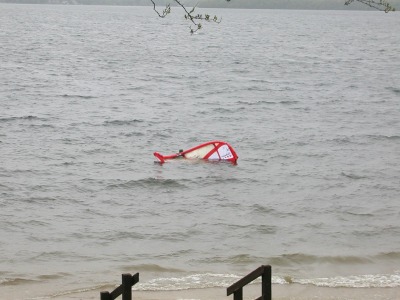 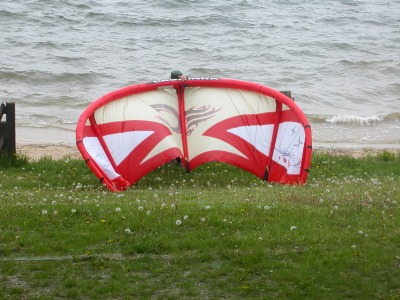 There are no words I can use here to express how I feel about this……..but I think hell will have a special place for some people.

The 10-year-old child star of “Slumdog Millionaire” was awakened Thursday by a policeman wielding a bamboo stick and ordered out of his home. Minutes later it was bulldozed along with dozens of other shanties in the Mumbai slum he calls home.

“I was frightened,” said Azharuddin Mohammed Ismail, who lost his pet kittens in the chaos.

“Where is my chicken?” he asked forlornly, picking through the shamble of broken wood and twisted metal sheeting in search of the family hen.

Eight Oscars and $326 million in box office receipts have done little so far to improve the lives of the two impoverished child stars plucked from obscurity to star in the blockbuster. They have been showered with gifts and brief bursts of fame, but their day-to-day lives in the Garib Nagar slum — the “city of the poor” — are little changed.

After the latest misfortune, Azhar and his family will be spending the night on the muddy ground surrounded by the rubble of their shack. His 9-year-old co-star Rubina Ali has fared no better: her family’s shanty was flooded for days last month with sewage water from a backed-up drain.

For Azhar’s family, the latest problem began at 11 a.m. Thursday, when a bulldozer and about 100 men descended on the slum to tear down 30 illegally built homes — a common occurrence in India’s chaotic cities, where officials struggle to keep crowding under control.

The result is a cycle of destruction and debt few can escape.

U.D. Mistry, an official with the city’s Bombay Municipal Corporation, said the latest razing was part of a “pre-monsoon demolition drive.”

He said only illegally built shanties — not homes that were legally owned — were bulldozed.

“They were removed. That is the principle,” he said, adding he was not aware the young “Slumdog” star lived in the slum.

Mistry said shanty dwellers who can prove they have lived there more than 15 years — which would include Azhar’s family — will be resettled elsewhere in government housing. Such promises often come to nothing, though, and even when slum-dwellers are given housing, it is often in poor-quality buildings on the outskirts of cities, far from jobs.

Residents of Garib Nagar vowed Thursday to rebuild, though many have yet to pay off the loans they took out — at 20 percent monthly interest — to reconstruct the shanties they lost when the city tore them down last year.

Azhar’s mother sat despondently Thursday afternoon on the stack of belongings the family managed to save. Nearby, Azhar dodged piles of metal sheeting and debris as he rode through his destroyed neighborhood on a shiny new bike given to him by a fan from Britain, a fancy black-and-red helmet on his head.

Behind him a wrinkled movie poster of “Slumdog Millionaire” waved in the breeze. Scrawled in black marker was a message from the movie’s director, Danny Boyle: “Azhar, with love and thanks, Danny Boyle.”

“Slumdog” filmmakers say they’ve done their best to help the young stars. They set up a trust to ensure the children get proper homes, a good education and a nest egg when they finish high school. They also donated $747,500 to a charity to help slum kids in Mumbai.

Producer Christian Colson has described the trust as substantial, but won’t tell anyone how much it contains — not even the children’s parents — for fear of making the youngsters vulnerable to exploitation.

Trustee Noshir Dadrawala told the Associated Press Thursday that the families were offered temporary rental apartments last week until permanent homes can be found, but they turned them down.

Azhar’s parents say the filmmakers have budgeted $30,000 to get them a new apartment — an amount they insist is inadequate in Mumbai’s pricey real estate market.

“I don’t want to take a house where life will be like a slum again,” said Azhar’s mother, Shameem Ismail.

Dadrawala said the trustees wrote to Boyle and Colson last week to see if they could get more money, but haven’t heard back.

Azhar’s neighbors have less to look forward to. Homeless mothers nursed their babies Thursday in what little shade they could find in the 100-degree heat. Nearby, a 98-year old woman lay listless on a metal bed frame scattered with rags. A pregnant woman carried two large jugs of water, trying not to trip. A man on crutches hobbled through rubble littered with stuffed animals and children’s shoes.

Some sang “Jai Ho,” the Oscar-winning song from “Slumdog Millionaire.” Others tried to cook. Children struggled with unwieldy bundles of clothes tied together with old sheets.

Many in the neighborhood had clung to Azhar’s fame, hoping it would save their homes from destruction; now they have nowhere to go.

Rickshaw driver Ramdas Ambadas Gaikwad took out a $100 loan from a local moneylender four months ago, built a shack across from Azhar’s and moved his wife and five children out of the crawl space under a road where they had lived for years.

He really doesn’t want to go back there.

Two of his sons have crusty sores covering their faces and scalps. “It’s from the heat,” the 35-year-old Gaikwad said.