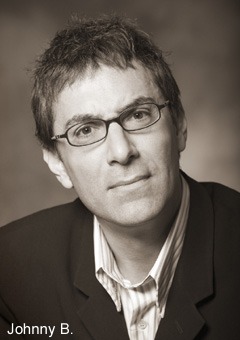 UPDATE–Steve and Johnnie rumored to be leaving WGN radio.

All eyes (or should that be ears) in the radio world are focused on Jonathon Brandmeier.  From his start behind the microphone in Fond du Lac, Wisconsin to his wild ride on the famed “The Loop” in the Windy City, Brandmeier has been one of the voices that makes for ratings and plenty of  laughs. (Not all the laughs are ‘high-toned’, and therein lies the concern.)  But the rumor that is spreading is that Jonathon Brandmeier is about to land a job at WGN radio.  Question is, will he fit in on a mature and seasoned talk station?  WGN is after all the king of Chicago radio, and to land a slot there is…well…very special.   Working at WGN will require a more high-toned style than what Jonathon Brandmeier is often noted for.   He is good at what he does, but can be adjust to the listener needs that WGN presents to him?  I want him to succeed, but on WGN’s terms.

FIrst let us look at what happened on Friday.

Chicago broadcasting veteran Bob Sirott and his Monday-through-Friday “Noon Show” have fallen victim to the latest wave of budget cuts at Tribune Co.-owned news/talk WGN-AM (720). Starting Monday, midday host John Williams is expected to take over the noon hour, extending his show from 9 a.m. to 1 p.m.

In an attempt to make  the bottom line even more black,  WGN has made it clear to all ( I think) that Jonathon Brandmeier is destined to have a show at Tribune Towers.

Adding high-octane fuel to speculation that Johnny B. might indeed be headed for WGN-AM (720), the veteran Chicago radio personality was spotted being given a grand tour of the Tribune Co.-owned news/talk station by program director Kevin “Pig Virus” Metheny.

While no formal offer has been made, sources said, Brandmeier’s personal inspection of the studios and facilities — in full view of numerous staffers — was the surest sign yet of WGN’s interest in hiring him. Adding Brandmeier is seen as a way to re-energize the station’s lineup — particularly in mornings, where newcomer Greg Jarrett has been struggling to fit in since June. Middays and afternoons also are possibilities, although frequent preemptions for Cubs baseball broadcasts make those options appear less likely for Brandmeier.

It’s not the first time WGN executives have expressed interest in the funnyman from Fond du Lac, but talks appear to have progressed farther this time than ever before. Tom Langmyer, vice president and general manager of WGN, is known to be a fan and admirer.

I found this article in todays newspaper penned by Raymond Siller, head writer for many years to Johnny Carson, to be tone perfect.

(Johnny Carson) was also charitable toward his other late-night rivals. One night, a guest made a disparaging on-air comment about Dick Cavett, then opposite Johnny on ABC. After his Burbank taping, Johnny phoned Mr. Cavett in New York, hours before the remark would air on the East Coast. He gave Dick a heads-up apology for what someone else had said. I never heard him utter publicly or privately an unkind word about his many competitors.

Today’s late-night landscape is more mean-spirited. Jay Leno did give a faint-praise shout-out to Conan O’Brien. But Jay’s story that NBC was the sole player behind all the machinations from the get-go didn’t ring true. It was reminiscent of the time he blamed his former executive producer for undermining Mr. Carson and David Letterman. Like the night when he took over “The Tonight Show” in 1992 and failed to mention the man who preceded him, Johnny Carson.

It’s unseemly to watch multimillionaires airing their mistreatment by NBC as monologue fodder, sniping at each other, especially given the coverage from Haiti. Since the on-air feuds have surfaced, the principals’ ratings have increased and spilled over to widely viewed clips on YouTube. Sometimes we just can’t help ourselves from peeking at their in-fighting. But ultimately it becomes tedious and we go back to our lives.

Once Mr. Leno Jay-walks back to 11:35, he may be able to recover his fan base, but he’s tarnished. He has suffered body blows from Jimmy Kimmel. David Letterman has savaged his longtime nemesis, too. Jay had become an irresistible target. He misplaced his blue-collar, Springsteen persona when he pulled “The Tonight Show” desk and chair out from under Conan. Jay could once again best Dave Letterman, but his reputation as the humble, regular guy has dimmed.

First Katie Couric helped the nation by showcasing what the term ‘inept’ fully means as she questioned the totally unprepared Sarah Palin with such hard questions as “what newspapers and magazines do you read’?  Without knowing, Sarah Palin responded in her own provincial manner, and by doing so assisted Couirc in winning a prestigious journalism award.   The Alfred I. duPont-Columbia Journalism Award is quite an honor.  Helping defend the nation from nitwits, such as Sarah Palin,  is just one role of a journalist, and for that Katie Couric gets much deserved praise.  In case you forgot the embarrassing interview for Palin I offer it here for a reminder, and a chuckle.  “Putin rears his head……..”

The awards program described Couric’s interviews with Palin as “a series of influential and illuminating television interviews by a skillful veteran reporter” and said:

“In a political season full of interviews…, Katie Couric’s apt and determined questioning of Republican vice-presidential candidate Sarah Palin prompted the most revealing remarks and had the greatest impact on the presidential campaign…Couric’s nimble questioning and even tone elicited answers on the issues…these were the interviews heard around the world.”

Last night I shouted out at the lack of compassion and decency when FAUX News did not let their conservative base know that there was a need to open up their wallets for those caught in the Haiti earthquake crisis.  I mean given all the ‘compassionate conservatives’ that we are led to believe watch FAUX News…..of yeah…that is only at election sloganerring time……

The internet is filled with comment today such as this.

Fox News will not be covering the global telethon tonight. Fox News has given limited coverage to the tragedy but they are promoting a special broadcast airing tomorrow called Country in Chaos. The special will addressing the “lawlessness and looting” that plagues the country nearly a week after the earthquake. This show will be hosted by Geraldo Rivera. This is what they want to showcase in a country where the people of Haiti are being buried in mass graves, where thousands of children have been maimed, burned and even orphaned, but Fox News wants to talk about looting, but tonight they elected not to participate in a global effort to help.

Like many of you, I sat down and took in the two hours of Hope for Haiti Now last night – a music-based benefit organized by overall good guy George Clooney. It was broadcast on most TV and cable networks. This will shock you, but Fox News did not – I repeat, DID NOT – broadcast the show last night. That is completely surprising to – well – nobody.

But let us face the facts.  There is just not a desire of FAUX News to care.

On January 13, Fox News’ three top-rated programs for 2009 — The O’Reilly Factor, Hannity, and Glenn Beck — devoted a combined total of less than 7 minutes of coverage to the earthquake in Haiti, instead choosing to air such things as Beck’s hour-long interview with Sarah Palin, Bill O’Reilly’s discussion of Comedy Central host Jon Stewart, and Sean Hannity’s advocacy for Massachusetts candidate Scott Brown’s Senate campaign. By contrast, the content of MSNBC’s three top-rated shows underscored the significance of the Haiti disaster; Countdown, The Rachel Maddow Show, and Hardball devoted a total of more than two hours to the earthquake.*  Why would a major network basically ignore a devastating earthquake that is the leading news story on all the other networks? This morning while the other networks continued to cover the story Fox News chose not to lead off with the story. Instead they talked about the Massachussetts senate race and the unsuccessful Christmas bombing. Obviously this story for some reason is simply not important to them.

I mentioned yesterday when writing about Senator Feingold and his opposition to confirming Ben Bernanke for another term as Federal Reserve Chariman, that the populist anger he was trying to tap into for political purposes was a wrong move.    I am quite upset by this actaully as  I usually agree with my favorite Senator.  But this time Russ and some other Senators are trying to use populist anger for political reasons and there is only one thing to tell them.  It must end.

The prospect of a prolonged delay—and possible rejection—of Mr. Bernanke weighed on financial markets. “If there was a sense that Congress really wanted someone better, that would be one thing, but if this is for political theater, that’s particularly dangerous,” said Jason Trennert, chief investment strategist at Strategas Research Partners.

Although seen by many officials and economists as one of the heroes who helped stave off another Great Depression, Mr. Bernanke has been a lightning rod for public anger over the bailout of the banking system and the rescue of insurer American International Group. “It is time for Main Street to have a champion at the Fed,” said Sen. Boxer, who is seen as a potential victim of the voter unrest that gave Republicans a Senate seat from Massachusetts this week. “Our next Federal Reserve chairman must represent a clean break from the failed policies of the past.”

Inside the Beltway, analysts were likening the atmosphere to September 2008, shortly after the collapse of Lehman Brothers, when the House initially rejected the Bush administration’s plea for $700 billion to bail out the banking system. “I think if you wanted to send the worst signal to the markets right now in the country and send us in a tailspin, it would be to reject this nomination,” said Bernanke backer Christopher Dodd, a Connecticut Democrat who chairs the Senate Banking Committee and who has said he won’t seek re-election.