Coming this October to a bookstore near you.

Each day during his presidency, Jimmy Carter made several entries in a private diary, recording his thoughts, impressions, delights, and frustrations. He offered unvarnished assessments of cabinet members, congressmen, and foreign leaders; he narrated the progress of secret negotiations such as those that led to the Camp David Accords. When his four-year term came to an end in early 1981, the diary amounted to more than five thousand pages. But this extraordinary document has never been made public—until now.

By carefully selecting the most illuminating and relevant entries, Carter has provided us with an astonishingly intimate view of his presidency. Day by day, we see his forceful advocacy for nuclear containment, sustainable energy, human rights, and peace in the Middle East. We witness his interactions with such complex personalities as Ted Kennedy, Henry Kissinger, Joe Biden, Anwar Sadat, and Menachem Begin. We get the inside story of his so-called “malaise speech,” his bruising battle for the 1980 Democratic nomination, and the Iranian hostage crisis. Remarkably, we also get Carter’s retrospective comments on these topics and more: thirty years after the fact, he has annotated the diary with his candid reflections on the people and events that shaped his presidency, and on the many lessons learned.

Yesterday I voiced my desire to see Democrats turn out Tuesday and vote for Mark Neumann.  He can easily be defeated in November.

Remember that Wisconsin has an open primary.  A voter need not declare party affiliation when voting.  The voter, however, can only vote for one party on Primary Day.

Today comes more sound reasoning why Democrats should cast a ballot for the Republicans.

Left-leaning voters in Madison — which is nearly all of them, according to standard conservative mythology — could be sorely tempted to derail career politician Scott Walker’s lifelong ambitions.

And the temptation needn’t catch on “in a big way,” as the radio squawker fears. For one thing, Rasmussen Reports already shows Scott Walker and Mark Neumann in a dead heat,* and for another, Walker needs to deal with voters in Wisconsin’s hardline conservative counties, among the next most populous after Milwaukee and Dane.

Potential Democratic shenanigans aside, those out-State voters are the ones the big city-bred Scott Walker really needs to be concerned about, and his comically desperate attempts to paint Mark Neumann as a Nancy Pelosi clone demonstrate that he’s very concerned indeed.

Bunny alert!! Take to the flower beds!!  Hawk in vicinity!!

I was making tea this morning when I looked out my kitchen window.  Proudly standing on my grill was a powerful and determined looking hawk.  It stayed for a couple of minutes, then hopped to the ground in what I thought was a less than artful attempt at hunting.  He was there for a few seconds, looked around, and flew away.

Rabbits live to see another day. 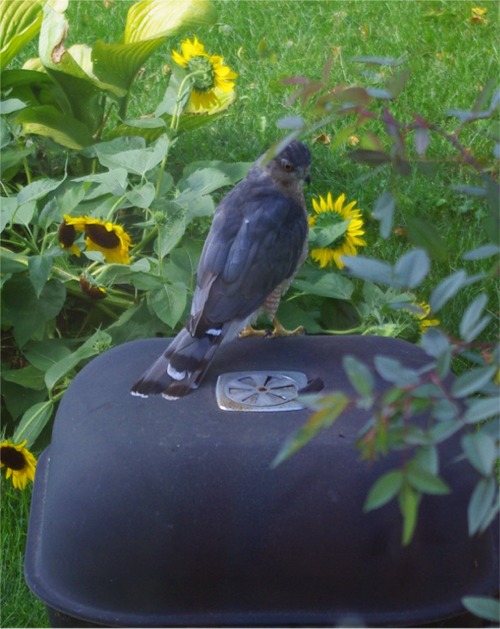 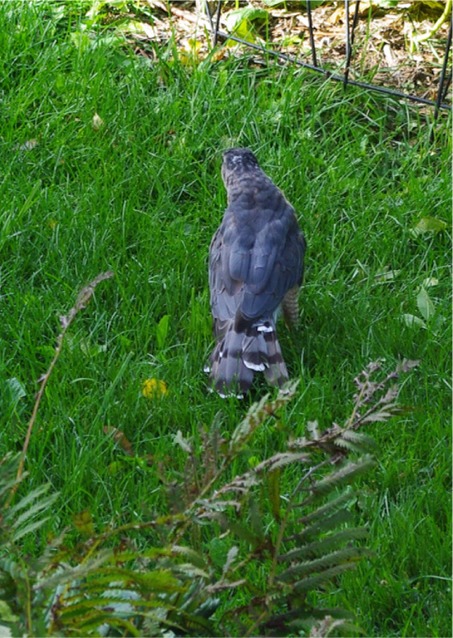 In the 1970’s there was a long list of truly bad films about some pest or rodent going wild and taking over a town.  There were rats (“Ben” 1972), bees (“Killer Bees” with Gloria  Swanson 1974) , and even large rabbits (“Night of the Lepus” 1974) as the villains in the made-for-TV movies.    I loved Gloria Swanson so plead guilty to watching her perform.

I thought again of those films as the news came out over this weekend that Plainfield, Wisconsin, a small town of about 800 people in Waushara County, is at the center of a cockroach invasion.   Tri-County Public School is ground zero as the disease filled insects have been spotted everywhere.

A parent says the first day of school children complained of bugs in their classrooms. The bugs were seen near the kindergarten class’ toy box and were falling out of another classroom’s ceiling.   The woman said….. that teachers have found the cockroaches in their cars, band instruments, and even swimming in their coffee cups.

These are not just any ole cockroaches.  What Plainfield has is a German cockroach invasion!

Can’t you just see how the directors would film such an event for TV.  Small foul little Wehrmacht-like cockroaches wearing German steel helmets take over the classrooms, hold teachers and children hostage, while demanding  Coloma be made their new homeland.

If you think I am being too amused by this story, you are only partially correct.  I attended this school and graduated there in 1980, and so feel for most of those who have to deal with this matter.

I think this story is truly icky and rather repulsive.  I would be truly ticked off about the existing conditions in the homes that surround the school which allowed for the breeding of the cockroaches.  What has been described about one of the homes is enough to make anyone gag.  Considering the infestation has an ability to spread in backpacks that go home with children every day should make all concerned.  I feel truly bad for the teachers who have to put up with little monsters in the classroom, and then when driving home find cockroaches in their car!

But I am also reminded of a family member who lives in Coloma who told me repeatedly over the years that Madison is a dirty place and all sorts of diseases are harbored here.  When shopping at the malls in Madison she would not eat anything as she felt things were not up to her standards.

Seems now the table has been spun around and she has to deal with a real problem as her child attends the infested school!  Seems the filth is not in Madison after all.

Last night before going to bed I pondered how big does a caldron need to be to boil clothes?  After all, one can never be too clean.