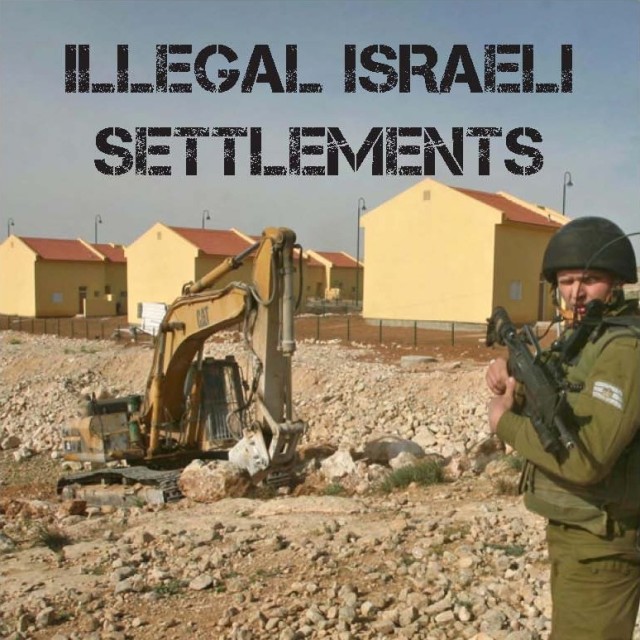 At the 11th hour the Israelis want to have face-to-face peace talks with the Palestinians.  The offer is thrown out to forestall the efforts by the long-suffering Palestinians from pursuing some movement at the United Nations for a bid at a homeland.

While CP is always supportive of talking over fighting there also must be a seriousness brought to the table when making such a proposal..    That is where I fear the Israelis have come up short.

Mr Abbas earlier said he was willing to meet Mr Netanyahu but was determined to push ahead with a bid for UN recognition of a Palestinian state.

If Israel is serious I suggest they cease all construction on the illegal settlements taking place on occupied land so talks can begin.  That would show Israel is not just not playing games with the world diplomatic community–again.

If this ‘peace’ proposal by Israel is only one more in a long line of moves to merely prolong the denial of reality in the Middle East it will need to be rejected by the Palestinians.

The world is watching.

What will Israel do?

I am quite sure that most residents of Wisconsin do not recognize the name of Sherry Schultz.  In the same breath I am quite sure they would not approve of what she did while working in state government.

On the face of it one has to feel a bit sorry for Sherry Schultz as at one time she was riding high while working in the office of former Lt. Gov. Scott McCallum.  She served him, by all accounts, most ably as his chief of staff.  She then moved around Republican circles, and was caught up in the Republican Caucus mess that blew up in Speaker Scott Jensen’s face.

All the players in the well-publicized scandal exited the judicial system one way or another, and are again making money.  Some are playing in the political circles they once were elected to serve in.

Meanwhile Sherry Schultz is about to go back to court.

For the record I must say I was moved a bit when I read that she has been working in a fabric store.  Nothing wrong with the job, but after being a top Republican staffer and rubbing shoulders with powerful movers and shakers it has to feel pretty bad to be placing bolts of cloth back on the racks.

So I am not here to rub her face in the past in order to make her feel bad.

But yet there needs to be accountability for what was done to the political process.    The process that people read about, and as a consequence feel less inclined to trust once knowing the truth.

In a nutshell Schultz  was on the public payroll to work full-time raising money for GOP candidates.  She was paid with taxpayer money to serve a purely partisan purpose.  By all accounts she did a cracker-jack job, and if she had been employed outside the statehouse no one would be chastising her, but wanting her skills for this or that campaign.

But Schultz knew, as did those who employed her, that what she was doing on state time was illegal.  That it was done covertly and not done in eyesight of journalists makes the point.

Some will argue that the lowest person always is the one to get tagged while the real power players walk away.  I think it can be argued that all those who made truly bad decisions regarding the political caucus scandal under the dome paid a price.

The voters place responsibility, and entrust their faith to those who work at the statehouse.   Be they elected officials or staff  it is a bond that then requires those who receive a state paycheck to act with honor.

When that trust is broken, as with Schultz, not only is the law violated, but the trust of the voter is shattered. When that faith from the voters is replaced with doubt and cynicism our political institutions suffer.

To my knowledge never once has Schultz acknowledged the corrosive effect her actions had on the political process. That to me is almost as bad as the actual crimes that were committed.  If she stood up and made a heart-felt statement of how this action harmed the system I would feel that she at least understands.

The human part of me is not going to be high-flying if the courts actually come after Sherry Schultz with gusto. She seems to have had a long hard time in the past years, and I am not heartless to that fact.   But I also am not going to shy away from knowing that justice is being served if she indeed is brought back to face her past political actions.

The United States of America slips further behind the rest of the modern world.

Britain’s coalition government is aiming to legalize same-sex “marriage” before the next federal election in 2015, announced Equalities Minister Lynne Featherstone on Saturday. The move comes after the “personal intervention” of Conservative Prime Minister David Cameron, reports the U.K.’s Daily Mail.

“I believe that to deny one group of people the same opportunities offered to another is not only discrimination, but is not fair,” said Featherstone. The government will begin formal consultations on the issue in March.

Same-sex couples in Britain have been able to access comparable benefits to married couples since 2005 when the country legalized same-sex “civil partnerships.” The government’s latest effort would focus strictly on changing the perennial definition of marriage.

In a Monday op-ed, famed homosexual activist Peter Tatchell slammed the government for waiting until March. “Why do we need any consultation at all? The ban on same-sex marriage is homophobic discrimination and should be repealed immediately,” he said.