More and more people are using the tone of my blog headline as they chat about the Edgewater Hotel project and the controversal  TIF funding that was approved last year.

There are more than enough reasons to oppose the Edgewater Hotel renovation without adding another one to the list.

Be it from how it impacts historic Mansion Hill, or how TIF funding should not have been used for this project, the facts that have been presented over and over are clear.  As I noted often on CP, this plan was not best suited for Madison.

In December 2009 I made it quite clear how I felt.

The fact is no matter how you look at the design by Hammes Co., as now presented, there is no connection with it to the rest of the neighborhood. There is no way to pretend it blends. It would be akin to a vegetarian plate being slapped with a huge piece of rare prime rib!

….the people who live in the neighborhood of Mansion Hill and care about the historic character of Madison have spoken. It is also true that others around the city have noticed that this matter is not only a very local concern about the grand scheme by Hammes Co. to construct a ginormous hotel at the Edgewater, but that if this can happen in one place in the city there is no reason to suggest it can’t happen in another historic area.

Therefore I was pleased that Mayor Paul Soglin made known his desire to see the large TIF package for the Edgewater development pruned back substantially.  The usual cries of foul-ball have been registered in the city, and the main players in the development plan, Hammes Co., have made pleas to the city council not to let any TIF funding be pared back.

In the midst of all this back-and-forth comes a rather unique perspective from Lucy Mathiak, a  member of the Madison School Board.  Her views are shaped by the mass turnout this past winter against the actions of Governor Scott Walker who assaulted state workers and public employees by scrapping collective bargaining.

Mathiak wonders why Walker supporters like Hammes Co should get city council support.  Will not a more prosperous Hammes only supply still more money to Republicans who then undermine all our values we care about as a liberal progressive city?

“I have real issues with channeling more profit to people who will turn around and use their personal resources to bring us the chaos and destruction, from economic hardship to assaults on basic political and collective bargaining rights, that we have seen in the past 9 months,” Mathiak writes in her letter. “While they certainly have the right to their political perspectives, I find it galling to contemplate taking from our property tax base to further aggrandize the people who have done so much damage to my state and my community.”

Madison needs to weigh in on this debate and have candid conversations with their city council member.

A phone call of support to Mayor Soglin would be in order too.

Lets roll back the TIF.

And I do mean crazy. 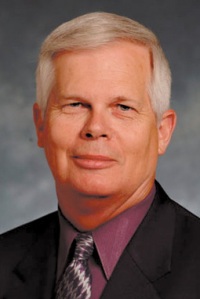 The Texas A&M University system fired Jay T. Kimbrough as its deputy chancellor on Thursday, and police officers were called to the system’s headquarters after he pulled out a pocketknife in the presence of the two university lawyers handling his dismissal, The Eagle, a local newspaper, reported. Mr. Kimbrough, a former chief of staff to Gov. Rick Perry, had served as the system’s interim chancellor until a few weeks ago, when John Sharp became chancellor. Mr. Sharp, who was not present during the dismissal, described Mr. Kimbrough’s departure as a reduction in force, saying the deputy chancellor’s position was no longer needed. Mr. Kimbrough told The Eagle that he was being “cynical and comical” when he pulled out his knife, and that he was surprised that anyone felt threatened. A police spokesman said he had cooperated with the officers who arrived. There were no arrests.

The Eagle noted that there was concern over the careless action with a knife.

I think that Kimbrough should just be glad no one was concealed carry at the time or he might have lost more than a job that day!

“Mr. Kimbrough never made any direct threats to anyone, but this was alarming to individuals in the office and our department was called,” Baron said. Kimbrough cooperated with authorities, he said.

Asked about an incident involving a weapon during his dismissal, Kimbrough acknowledged that he pulled out his pocketknife, but said he was only “jesting” and “it was misunderstood.”

He said it’s not unusual for him to “break out my pocketknife” but “never would have thought in a million years” anyone in the room would have taken it as a threat.  (Is this akin to the monkeys at the zoo who always need ‘something’ to hold and play with…..?)

“It was fun. It was entertaining,” Kimbrough said. 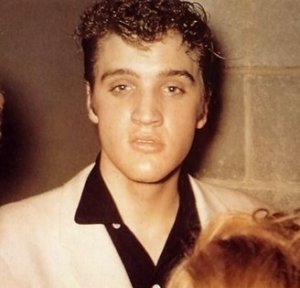 Elvis Presley is still in the news, and here is a small portion of the audio recording.

As a young, naive and budding superstar, Presley revealed in a recorded interview on the set of Love Me Tender that he was lonely as he spoke of love and life.

“The Early Show” got a clip of the never-before-heard interview from RCA/Legacy’s new Elvis Presley box set, “The Young Man With The Big Beat,” scheduled to be released on Sept., 27.

In the 1956 interview, Presley openly reflected on love, life and what his future would hold. The interview was recorded four years before his mega hit “Are You Lonesome Tonight.”

In the recording Presley said, “Am I in love? No, I thought I’d been in love, but I guess I wasn’t, it just passed over. I guess I haven’t met the girl yet.”

Presley went on to say that he wanted to settle down one day so that he would no longer feel “lonesome right in the middle of a crowd.” 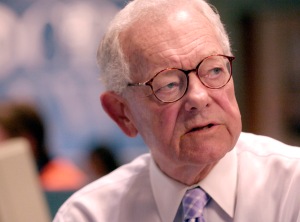 Bob Schieffer,  addressing a bipartisan throng of senators and other newsmakers who turned out at the St. Regis last night to fete his 20th year as anchor of “Face the Nation”: “When I first came to Washington, in 1969, Democrats and Republicans OFTEN showed up at the same parties. They don’t do that much, any more. But tonight is a little bit of exception. And to all the elected officials that are here tonight: I hope you guys get to know one another while you’re here [laughter], and I hope you enjoyed the occasion. [applause]. I gotta say one word about the person who has been on ‘Face the Nation’ more than any other person in the history of the broadcast. … He’s actually OLDER THAN ME – not by much [six months; Schieffer will join McCain at 75 in Feb.]: John McCain over here [applause and cheers].

“We had a party celebrating my TENTH anniversary on ‘Face the Nation,’ in this very room … And I remember Lindsey Graham saying, ‘Boy, I hope this many people show up for your FUNERAL.’ [Laughter] I would just like for Senator Graham to know: It’s been 10 years. There’s no funeral. But we can STILL draw a pretty good crowd here, and I’m really proud of that. [Applause.] … We just love Carin [Pratt, his longtime executive producer]. … I really appreciate your coming back and bein’ with us tonight. … Mary Hager … is now the [executive] producer. And Senator McCain remembers Mary Hager when the two of us were chasing up and down the halls of Congress. And Mary has actually worked with me, I guess, MORE than 20 years. And she started very, very young – she asked me to say that. [Laughter]”

For another story on Schieffer read here.

The rest of the world needs to be mindful.

“Re-entry is expected sometime during the afternoon of Sept. 23, Eastern Daylight Time,” said NASA in an update this morning. “The satellite will not be passing over North America during that time period.”

Beyond that, nobody can yet predict where space debris will fall from orbit, but the agency said predictions will become “more refined” in the next 24 to 36 hours. It repeated that the risk to people or property is “extremely small.”

As of this morning, UARS had an altitude of about 115 miles, skimming the uppermost reaches of the atmosphere at more than 17,000 mph. At some point, a little like a stone skipping over a pond, it will encounter enough resistance that it will no longer be able to keep moving at orbital speeds.

Keta Steebs writes a must read.  (As usual.)

Farm kids that we were, living eight miles from town with little money for even 20-cents-a-gallon gas, our crabby mailman was our main contact with the outside world. Never once did our bad-tempered but reliable carrier let his ’36 V-8 with its bald tires and leaky oil pan fail to make its appointed rounds.

The thrill letters from our well-off city relatives gave us will be remembered every time that familiar blue suit approaches our homes. How else would we have heard of streetcars and 10-story buildings and pizza deliveries?

There are some deep and troubling divides within the Republican Party who control the House of Representatives.  Those divisions were on full display Wednesday when right-wing conservatives voted against a leadership bill to fund the government.

The result was chaos, and also probably means that at least a portion of the coming week that was slated for members to return home will instead be spent trying to forge a compromise piece of legislation.

Needless to say compromise is not something that the GOP excels at so this could all turn out to be another of those moments when most Americans correctly conclude that House Republicans are idiots.

GOP leaders were unable to overcome objections from Democrats who believed the bill did not do enough for disaster victims and from conservative Republicans who wanted to use the measure to cut government spending more deeply.

To pass a bill, House leaders will have to rewrite the measure to appease either Democrats or the more conservative wing of their own party. They must send a bill to the Senate for approval before the fiscal year ends Sept. 30. Otherwise, the government will shut down.

The temporary measure is necessary because the House and Senate have failed to agree on appropriations bills to fund government for the whole fiscal year. The stopgap is designed to buy time for negotiations to continue when the fiscal year ends.

House Speaker John A. Boehner (Ohio) and other GOP leaders had been confident they could muscle the bill over to the Senate despite protests from both sides of the aisle. The loss was the latest illustration of how Boehner and his lieutenants simply do not command 218 votes — the magic number for a victory in the House — on even such basic legislative matters as a temporary funding resolution to keep government agencies functioning.