What does it feel like to be underneath Michele Bachmann in the polls?  Talk about a burn! 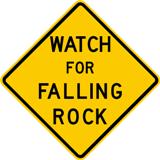 A new Rasmussen Reports telephone survey of Likely Iowa caucus-goers shows that Cain is in front with 28% followed by former Massachusetts Governor Mitt Romney at 21%. Congressman Ron Paul is a distant third at 10% followed by former House Speaker Newt Gingrich at 9%, Congresswoman Michelle Bachmann at 8%, and Texas Governor Rick Perry at 7%. The sixth place finish for Perry is a sharp decline from early September when Perry was the frontrunner both nationally and in Iowa.