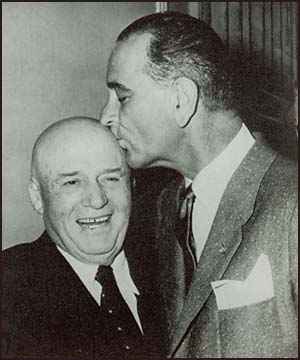 “I will not deny that there are men in the district better qualified than I to go to Congress, but gentlemen, these men are not in the race.”–Sam Rayburn

Can you see former Wisconsin Democratic State Representative Barbara Gronemus, who could be quite precise with her words relating to abortion, being told she was barred from speaking on the Assembly floor?

Was not her famed comment made to Representative Dale Bolle?

I have been around politicians enough to know that the salty language of society is not foreign to their tender ears.  So for any one to paint the language of Michigan Democratic Representative Lisa Brown as offensive shows that being a prude has now been taken to a whole new level.

One of the straight shooters in the Wisconsin Legislature was Barbara Gronemus.  I came to know her in the strangest of ways.

Soon after starting my job in the assembly I walked back into the offices after one of my work days was completed.  The member I worked with, Lary Swoboda, was there along with a very loud and  spirited woman with a tongue that landed cuss words as good as any man I had ever met.  I thought for sure some angry constituent was in the office, and as such Lary needed me to retrieve him for ‘important’ business elsewhere.

I entered the office ready to salvage the remains of the shortest member of the assembly only to see Lary smile at me, and then introduce me to Barbara Gronemus.

I found her to be a hoot, and I came to learn she had her strident side to get what she wanted from others.

What I never learned was exactly what she had come to claim that evening from Lary.

This is all a long way of saying the Lisa Brown should bulk up on bitchiness and let the GOP know she does not fear them for a moment.

Now comes this story from Michigan.

House Republicans prohibited state Rep. Lisa Brown from speaking on the floor Thursday after she ended a speech Wednesday against a bill restricting abortions by referencing her female anatomy.

Brown, a West Bloomfield Democrat and mother of three, said a package of abortion regulation bills would violate her Jewish religious beliefs and that abortions be be allowed in cases where it is required to save the life of the mother.

“Finally, Mr. Speaker, I’m flattered that you’re all so interested in my vagina, but ‘no’ means ‘no,'” Brown said Wednesday.

Brown’s comment prompted a rebuke Thursday by House Republicans, who wouldn’t allow her to voice her opinion on a school employee retirement bill.

“What she said was offensive,” said Rep. Mike Callton, R-Nashville. “It was so offensive, I don’t even want to say it in front of women. I would not say that in mixed company.”

For weeks the nation has been treated to one of the sadder chapters of how Republicans treat those they claim so earnestly to represent.

In Florida the controversy surrounds Governor Rick Scott’s attempt to purge ineligible voters from the rolls.  The federal government has fought back, and there are now a series of lawsuits over the matter.

At the heart of the issue is the faulty data that Scott and his administration are using that will result in the disenfranchisement of  legitimate voters.

A federal court has now blocked enforcement of Scott’s zealous drive to weed out voters that were described by officials as “harsh and impractical”.

But now comes the funny part.

Governor Rick Scott was required to use a provisional ballot in the 2006 primary and general elections because Collier County election officials had received a Social Security Death Index Death Record that led them to believe he had died on January 27, 2006.

In fact the deceased was Richard E. Scott, who had the same birthday as the governor, December 1, 1952. The governor’s full name is Richard Lynn Scott.

Election officials verified that Scott was among the living and his ballots were counted.