It is time for reasonable people on both sides of the political aisle to agree on the future of Republican State Representative Bill Kramer.  He needs to resign his seat and slink away from the statehouse dome.

We all can have policy debates concerning a whole raft of issues, but when it comes to non-consensual and totally inappropriate and disgusting behavior there can be no rationalization, hemming, or hawing.  The type of behavior that Kramer engaged in, and behavior that has been on-going, needs to be dealt with in a conclusive manner.

It is time Bill Kramer be told by his legislative colleagues and members of his party that he resign his seat.  There is not, given the political demographics of the district, any threat that a Democrat will take it over.  But with any luck the next Republican will not be a pervert.

Today came news that Kramer, while drinking in excess spoke in crude terms with a female lobbyist about topics such as oral sex that left the lobbyist “devastated” and in tears.  Kramer then came up behind a legislative staffer and hugged her while grabbing a breast.

One could make remarks about Republican family values, but I will allow for the GOP to now take action and demonstrate where their priorities are when it comes to this matter.  It should be very easy for every GOP member to make a statement and for the leadership to pull the plug on Kramer’s committee seats.

The voters of Wisconsin are watching and waiting for the Republican Party to deal with this mess from one of their members.   Wisconsinites are also waiting for Bill Kramer to take full responsibility for his actions. and resign his seat.

The muck gets deeper.

I have no idea what it is about some men with a little power who think everyone considers them sexy.  I have no idea why some people drink in excess, and think the more intoxicated they become the better lovers they are sure to be as they grope themselves into the headlines of newspapers.

The actions of those type of men are just pathetic.

It is time Wisconsin Republican State Representative Bill Kramer resign his seat.  There is not, given the political demographics of the district, any threat that a Democrat will take it over.  But with any luck the next Republican will not be a pervert.

The former majority leader of the Assembly who was stripped of that post this week now is facing an investigation into allegations he groped a legislative staffer on a fundraising trip to Washington, D.C. last week.

Meanwhile Friday, another top lawmaker in the Assembly has also come forward as the first person to confirm the allegations against Rep. Bill Kramer.

Assembly Republicans already ousted Kramer Tuesday from the No. 2 post in their house after accusations that he inappropriately touched the staffer and sexually harassed another woman, a lobbyist, on the trip. But the ongoing inquiry into his conduct could play a substantial role in whether the Waukesha Republican decides to run for re-election — Gov. Scott Walker and others have called for him to step down if the allegations prove true.

The staffer has filed a complaint against Kramer and it is now being investigated by Mark Kaeppel, the Legislature’s human resources manager, according to a document released Friday by Assembly Chief Clerk Patrick Fuller.

In a response to an open records request for the complaint from the Milwaukee Journal Sentinel, Fuller wrote in an email that he couldn’t release the complaint because doing so could harm the ongoing inquiry.

“The investigation is not yet concluded, and Mr. Kaeppel has several more people to interview. Disclosing the complaint at this time may undermine Mr. Kaeppel’s ability to obtain independent and forthright responses from persons yet to be interviewed and otherwise gather relevant information necessary to conduct a full and fair investigation,” Fuller wrote.

So far, only the single complaint has been filed and it deals with the events on the trip to Washington, Fuller wrote. Kaeppel didn’t return a phone call seeking comment on his interviews.

But along with the alleged victims, Kaeppel will almost certainly talk to Rep. Jim Steineke (R-Kaukauna), who has acknowledged witnessing much of the alleged harassment in Washington, D.C. Steineke, the assistant majority leader in the Assembly, ranks just behind Kramer in that house.

On Wednesday, Steineke told a reporter that after the fundraiser, he went to a bar as part of a group that included Kramer, the lobbyist and the legislative staffer.

At one point, Steineke said, he heard Kramer speaking in crude terms with the lobbyist about topics such as oral sex and saw that she was visibly upset. Steineke didn’t go into details of Kramer’s remarks but said they embarrassed him and left the lobbyist “devastated” and in tears.

Steineke said he intervened and helped get the lobbyist away from Kramer. He said Kramer appeared drunk.

After that, Steineke said, he saw Kramer come up behind the legislative staffer and hug her from behind. It appeared that in doing so he grabbed her breast.

“Did I just see what I think I saw?” he asked the staffer, who confirmed to him that she had been inappropriately touched.

At that point, Steineke said he removed Kramer from the bar and called Assembly Speaker Robin Vos (R-Rochester) about taking steps to address Kramer’s conduct and the needs of the victims.

I can not recall any other magazine that has before featured a double front-page cover that also used the back cover to make such an impressive production. 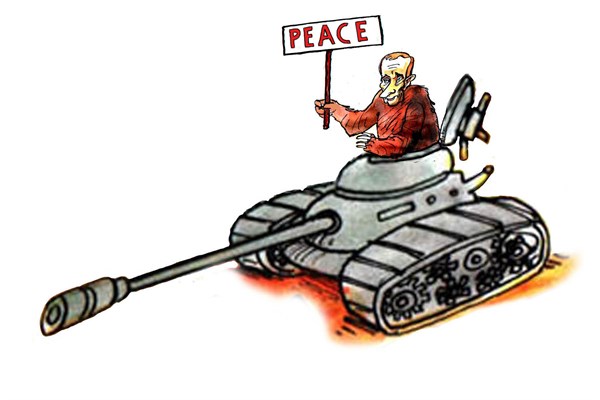 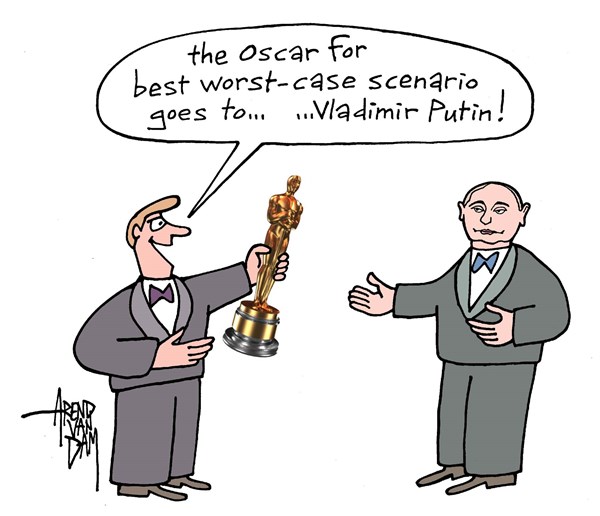 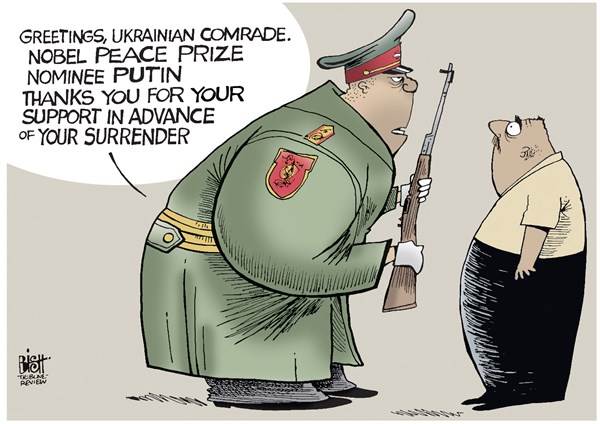 No reason to preach anything.  I will let the figures–the facts–tell the story.

In 2012, on the PBS News Hour, Mark Shields stated that since 1968, “more Americans have died from gunfire than died in … all the wars of this country’s history.”

Politifact.com did a study to determine the validity of Shields’s claim. Here’s what they found via the Congressional Research Service:

Another 362 deaths resulted from other conflicts since 1980, such as interventions in Lebanon, Grenada, Panama, Somalia and Haiti, but the number is not large enough to make a difference.

The number of deaths from gunfire is a bit more complicated to total. Two Internet-accessible data sets from the Centers for Disease Control and Prevention allow us to pin down the number of deaths from 1981 to 1998 and from 1999 to 2010. We’ve added FBI figures for 2011, and we offer a number for 1968 to 1980 using a conservative estimate of data we found in a graph in this 1994 paper published by the CDC.

Here is a summary. The figures below refer to total deaths caused by firearms:

The NRA and pro-gun crazies have been spouting statistics for their cause, in fear, since the Sandy Hook massacre. Liberal/Pro-GunSense groups have given their own figures. Who wins? Nobody. The study is devastating, and proves America has sorely lost, is losing, and will continue to lose, until laws are changed.

This sobering and poignant information needs to become known to every U.S. citizen. And we need to demand action. Thank you, Mark Shields. Thank you, Politifact for the research.

Ron Johnson plays to a demanding crowd of rich folks.

The right-wing Club for Growth’s annual scorecard has the Wisconsin Republican falling to No. 15 in its 2013 ranking of senators with an overall score of 87.

That compares to 2012, when he ranked fourth among the 100 senators with a score of 97, and to 2011, when he came in first in the eyes of the Koch brothers-backed political action group.

It was hard to tell from the press release the Club for Growth issued recently why Johnson has slipped in the rankings. But, rest assured, his score of 87 is still among the best in backing what’s near and dear to the right-wingers’ hearts, including cuts for aid to the poor and threats to shut down the government.

Promise to GOP from Democrats.

Las Vegas is one of the RNC’s finalists for the 2016 convention, and plenty of Republicans are calling it the favorite, based on the hope that casino magnate Sheldon Adelson would contribute generously, obviating the financial worries that plague most host committees. But Playbook has learned that American Bridge, the Democratic tracking and opposition research outfit founded by David Brock and run by Brad Woodhouse, plans to devote up to three dozen trackers with video cameras to Sin City if the GOP picks it. American Bridge has committed to deploy what a source called a ‘tracking operation on steroids’ to cover the plethora of venues sure to attract Republican politicians and operatives.

‘American Bridge’s plans would scatter trackers with video cameras from one end of the Strip to the other and would include a rapid response war room in the city to turn the footage into instant products — even potentially television ads — exposing whatever activities and hypocricies they catch on film. … American Bridge’s efforts … would be looking to capture everything from the late night carousing of politicians to simply filming candidates who claim to be the bastion of family values entering and exiting bars and casinos.’