There is no need for Donald Trump to work at undermining Ted Cruz.  The most hated member of the U.S. Senate is doing the work all by himself.

Last week Cruz made the awful mistake of naming a vice-presidential candidate in what reeked of desperation.   Then in one of the most bizarre examples of throwing everything at the wall to see what will stick he walked yesterday up to a rag-tag bunch of Trump supporters thinking he could debate them over to his side.   The rank-and-file Trump backer is not the type of person who knows how to debate and as everyone by now has seen Cruz was hammered with quips and embarrassments that are the fodder for late night television.

There is no doubt I find Trump deplorable in every sense of the word and know he is dangerous to those who care about policy and politics.   But Cruz is the most despicable politician that has come along over the past decade to the national scene.  He is so stridently conservative that he scares a large segment of the GOP and at the same time has a personality that is so revolting he has almost no support from those who know him best.

So the political cartoonists have a field day with Cruz.  I think we are close to the end of this journey for Cruz and we can send him packing.  In the meantime lets laugh at him.  After all, there is no way to take him seriously. 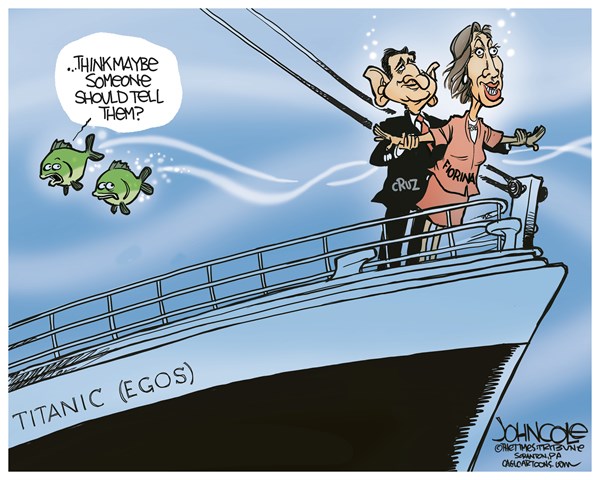 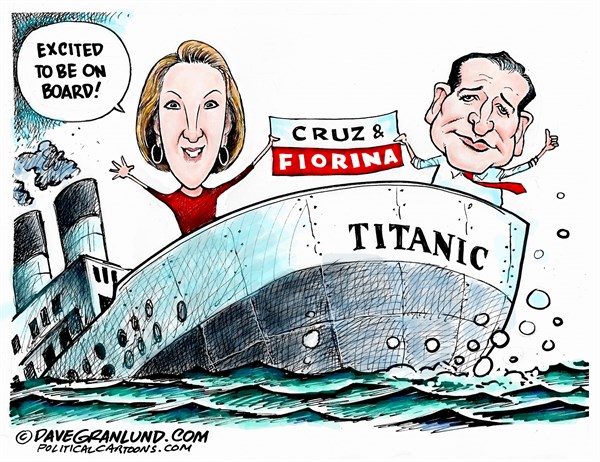 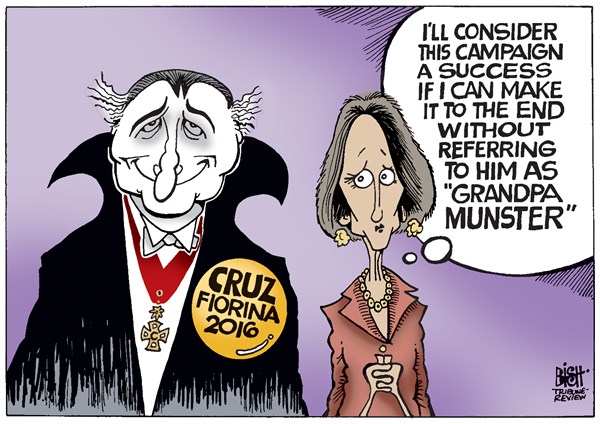