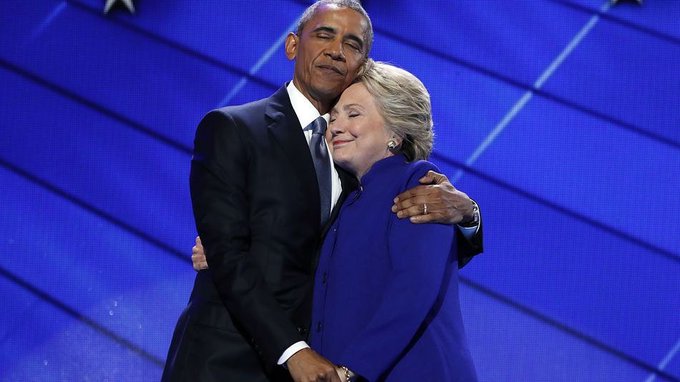 Scott Walker can not even get his tweets to read as he wants!

This was the story on the front page of today’s New York Times.

Donald J. Trump proudly acknowledges he did not pay a dime in federal income taxes for years on end. He insists he merely exploited tax loopholes legally available to any billionaire — loopholes he says Hillary Clinton failed to close during her years in the United States Senate. “Why didn’t she ever try to change those laws so I couldn’t use them?” Mr. Trump asked during a campaign rally last month.

But newly obtained documents show that in the early 1990s, as he scrambled to stave off financial ruin, Mr. Trump avoided reporting hundreds of millions of dollars in taxable income by using a tax avoidance maneuver so legally dubious his own lawyers advised him that the Internal Revenue Service would most likely declare it improper if he were audited.

Thanks to this one maneuver, which was later outlawed by Congress, Mr. Trump potentially escaped paying tens of millions of dollars in federal personal income taxes. It is impossible to know for sure because Mr. Trump has declined to release his tax returns, or even a summary of his returns, breaking a practice followed by every Republican and Democratic presidential candidate for more than four decades.

Tax experts who reviewed the newly obtained documents for The New York Times said Mr. Trump’s tax avoidance maneuver, conjured from ambiguous provisions of highly technical tax court rulings, clearly pushed the edge of the envelope of what tax laws permitted at the time. “Whatever loophole existed was not ‘exploited’ here, but stretched beyond any recognition,” said Steven M. Rosenthal, a senior fellow at the nonpartisan Tax Policy Center who helped draft tax legislation in the early 1990s.

Excellent read for those wanting to know the trends of Southern Baptists.

During this election season, Moore has sometimes appeared out of place in his own denomination—a Trump detractor leading a church largely peopled by Trump supporters. But he seemed comfortable in this uncomfortable position, perhaps because he has learned to accept the limits of his ability to change the world, or even to understand it. Moore thinks that the idea of a moral majority is wrong, and was probably wrong when it was created: he suspects that earnest, orthodox Christians have always been outnumbered. Like any believer, he wants his church to grow, but he doesn’t seem particularly threatened by the thought that it might not. He says that Christians in America must learn to think of themselves as a marginal community, struggling to survive in an increasingly hostile secular culture. In such a context, Muslims might seem less like enemies and more like allies in the fight for religious freedom.

This transition might be especially wrenching for Southern Baptists. After centuries of regional dominance, the denomination has been shrinking: last year, the church reported fewer than three hundred thousand baptisms, the lowest number in more than half a century, and a decline of about a third since the peak, in 1972. Moore’s critique of Christian triumphalism seems well suited to this not very triumphant time for his church. His promise is that the Southern Baptists can grow better, even if they are not growing bigger: he would like to be the leader of a moral minority.