This evening James and I watched the series conclusion of one of the best PBS presentations in a very long time.  And that is a sentence with much consideration given Mr. Selfridge and Downton Abby were much adored here.

But there was something so grand and sweeping and deeply thought out about Indian Summers.  The characters and themes of India as British rule was waning proved a powerful mix.  The beauty of the cinematography was perhaps like nothing seen in such programming.

Each weekend when this series aired we truly looked forward to another does of intrigue, romance, and pithy lines delivered with the exact amount of  spit and shine.  A classy production and we are very pleased that PBS brings such fare to the airwaves.

As I turned it off and flipped to local news I noted the Packers were being slapped around this week by yet another team.  It seemed they were about 20 points behind and it appeared embarrassing.   Perhaps it is time those viewers took on a Sunday program that lifted their spirits.  Victoria is coming in January to PBS and since the Packers will not be on TV after the regular season is over this would be a great time to get in touch with what awaits on Masterpiece.

The production values never cease to amaze me and I know they will dazzle you too!

I was truly taken aback when reading the following paragraph in The New York Times. 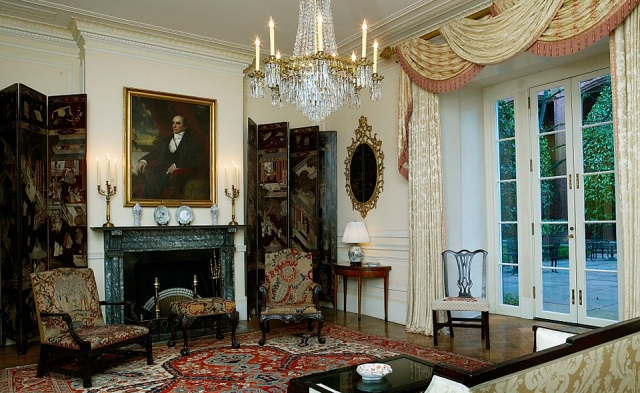 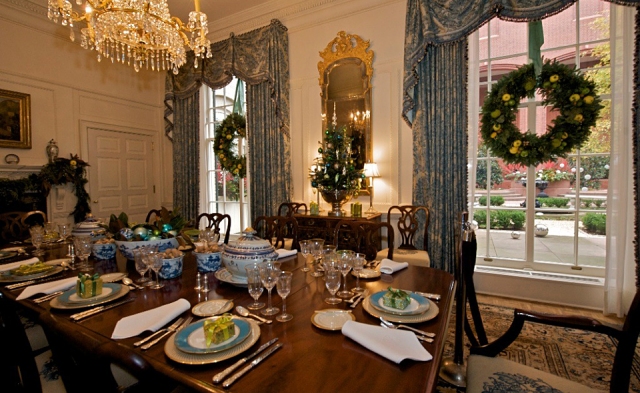 The Trump International Hotel in Washington, just five blocks from the White House, could also take on an outsize role in the Trump administration. His children may stay there when they come to the nation’s capital, and there is chatter that it may supplant Blair House, which traditionally hosts foreign dignitaries visiting the president.

Being aware of history and fond of traditions the idea that this nation would give up using Blair House for international guests is troubling.  Any president who  would have made the suggestion as to having people stay elsewhere would be met with my same reaction.

I am sure most have heard the story of how it came to mind with FDR that there was really a need for a place for such guests to stay, since it was clear during WWII that the White House was too small.

FDR made the decision for the government to buy Blair House in 1942.  The reason can not be placed solely on the shoulders of Winston Churchill, but history does provide enough reason as to why FDR made the purchase.

Franklin Roosevelt, Jr., recalls the morning his mother found the prime minister wandering towards the family’s private quarters at 3 a.m., trademark cigar in hand, to rouse the sleeping president for more conversation. He met Eleanor first, however, who firmly persuaded him to wait until breakfast.

Blair House is larger than the White House now following massive renovations starting in the 1950’s.  It was first constructed in 1824.  The original brick house was built as a private home for the eighth Surgeon General of the United States Army. It was acquired in 1836 by Francis Preston Blair, a newspaper publisher and influential advisor to President Andrew Jackson, and remained in his family for the following century.  My interest in this home began with an interest in President Lincoln as Francis Blair’s son, Montgomery Blair, succeeded his father as resident of Blair House. Montgomery Blair was Postmaster General in Abraham Lincoln’s administration.

In other words this is a place of great history and weight in this nation.

Now I am well aware that Donald Trump–by his own sad admission–does not like to read.  So throwing in the fact that this home was important in the Civil War will not carry any water any more than mentioning notables from around the globe who have stayed there when visiting this nation.  It is also a sad truth that if one took away Trump’s money all that would be left is white trash.  His life and how he lives it shows that to be very true.

The glitz and fake polish that Trump tries to attach to such places as his Washington Hotel can never match the charm and deep history embedded in the Blair House.  But that is the difference between people with values and traditions, and cads with too much cash but no taste.

I would be most remiss if this blog did not take note of and comment on the passing of Melvin Laird, a former Wisconsin congressman and U.S. defense secretary during years when President Nixon struggled to find a way to withdraw troops from Vietnam.  Laird died last Wednesday.

I was reading the news coverage of the passing and came across this nugget I was not aware of, and think it just interesting.  Former Wisconsin Gov. Jim Doyle, a Democrat, is married to Laird’s niece Jessica.  I find those types of intersections of families most wonderful and can only image the stories told over cocktails on a warm summer evening.  Those are the stories that history buffs wish to be privy to.

As a Nixon history buff I was mindful of the accounts mentioned last week about that famed call when as Nixon’s counselor on domestic affairs, Laird, in October 1973 called his good friend. Congressman Gerald Ford, to ask if he would be interested in replacing Agnew.  We know Ford accepted and with the extreme nature of the drama that was playing out it was only appropriate for Ford to later say Laird was a patriot before a partisan.

Not a bad way for any politician to be remembered.

But the best part of the news coverage was the quote I have always loved which came from Former Secretary of State Henry Kissinger at the time of the dedication of the Laird Center.