A federal appeals court has cleared the way for a 17-year-old undocumented immigrant held in detention in Texas to receive an abortion.  I wrote on this matter in some detail just hours ago.  I am very pleased with this court ruling as the procedure is legal and the government had no over-riding reason to deny the medical procedure.  My view has nothing to do with the issue of abortion itself but instead has everything thing to do with constitutional rights and the process of how law should be applied in this nation.

The full bench of the D.C. Circuit Court of Appeals overturned an earlier ruling from a three-judge panel of that court which gave the Trump administration more time to try to defuse the controversy by finding an adult who could take in the pregnant teen, who is currently in a federally funded shelter.

I saw this on the news and had to Google it as it was so—lets just be nice and say odd.  Is that a pair of napkins that travels with her? 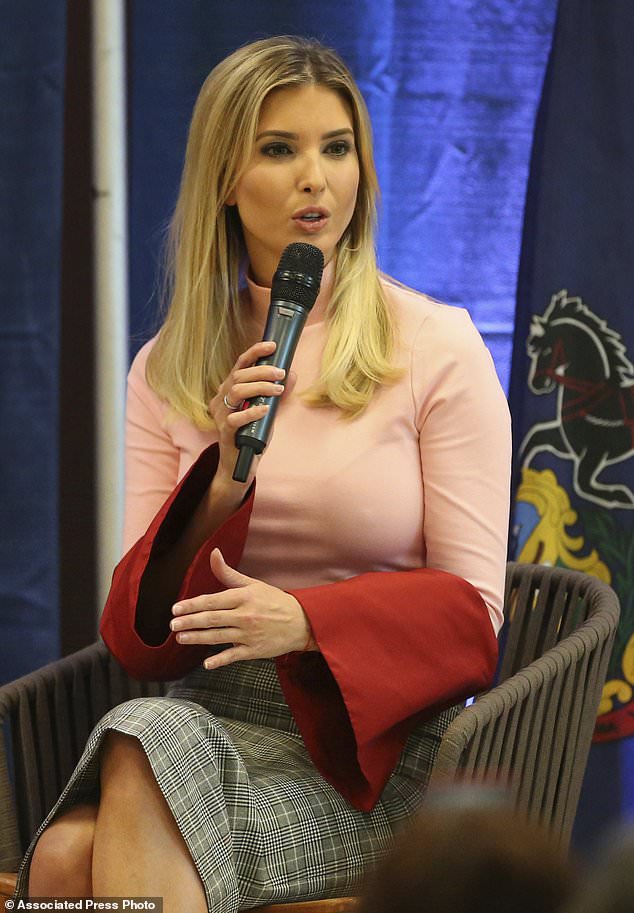 What should tick off every person regardless of their views about abortion is that this action described below was taken by our government even though the procedure involved is LEGAL!  Where are the true conservatives who champion less control and intrigue by the national government into the lives of the citizenry?  How are they now so silent?

By now most of my readers are aware the Trump Administration has been taking unprecedented actions to interfere with women’s reproductive freedom and health in the name of religion.  Folks who stop here are also aware that there is one story in particular which has turned up the attention on the intent of this White House.

In a nutshell there is a pregnant teenager who seeks to terminate her pregnancy. The Constitution gives her the right to make that choice. She has obtained the court order necessary in Texas to terminate her pregnancy without involvement of her parents. But she can’t get an abortion because the federal government, in whose custody she is being held because she is an undocumented immigrant, doesn’t believe in abortion.  I might add that in some parts of Texas they do not believe in the Constitution, either.

So the teenager has been refused to see an abortion provider.  There is no other way to describe the situation than to say the government is holding her hostage because the Trump Administration has decided that abortion is morally wrong—even though constitutionally protected—and that it will actively obstruct women’s access to it.

Check the calendar, folks.  This is happening in 2017!

This teenager was apprehended as an unaccompanied minor after she crossed the border into this country and was then placed in the hands of the federal Office of Refugee Resettlement, a division with the federal Department of Health and Human Services.

It is ironic that the teenager is being treated this way for wanting an abortion since the Trump Administration has worked to undermine and defund the Teen Pregnancy Prevention Program based on completely false claims.  For those who care about facts–which this administration does not—let it be clearly stated that teen pregnancy is at an all-time low and took a sharp downward turn after this program was implemented.  So by all means end it!

So what about the teenager in question?

The Refuge Resettlement program who has her in custody has rules since March 2017 that contractors who are running these shelters should not be supporting abortion services and must provide only life-affirming options.  Then to just top off the conservatives agenda please note that the director with the power to approve any procedure for the teenager is E. Scott Lloyd, an anti-abortion crusader who wrote the new rules!

You just can not make up the land of crazy which is the Trump Administration.

All this has moved into the courts and on October 5, the teenager requested a temporary restraining order from a federal district court in Washington, DC, asking that the Department of Health and Human Services, of which the Resettlement Program is a part, be prohibited from further interfering with her efforts to obtain an abortion.  The federal district court agreed with  the teenager and on ruled that on October 18–three weeks later—that the governments actions were an unconstitutional undue burden. But rather than comply, the federal government appealed.

Why this matters is obvious.  When the teenager first sought the court order allowing her to bypass Texas’s parental consent laws she was only nine weeks pregnant.  Now she will be nearly seventeen weeks pregnant by the time she is able to undergo the procedure.   What should tick off every person regardless of their views about abortion is that this action was taken by our government even though the procedure involved is LEGAL!

Where are the true conservatives who champion less control and intrigue by the national government?  How are they now so silent?

In a furious exchange of tweets and counter-tweets, President Trump said Republican Senator Bob Corker “couldn’t get elected dog catcher’’ Tuesday while the senator fired back that Trump was ‘‘utterly untruthful,” using the hashtag #AlertTheDaycareStaff.

And so it goes, thanks to Trump voters.

How embarrassing for our nation.  And the world watches.