Well this is just grand.

For more than a year, the state of Florida failed to conduct national background checks on tens of thousands of applications for concealed weapons permits, potentially allowing drug addicts or people with a mental illness to carry firearms in public,” the Tampa Bay Times reports.

When the story digs down it truly is troubling to learn the employee in charge of the background checks could not log into the system.  The problem went unresolved until discovered by another worker in March 2017 — meaning that for more than a year applications got approved without the required background check.

Where this gets even more unacceptable is that Republican Agriculture Commissioner Adam Putnam has made it a priority to speed up the issuing of concealed weapons permits since he was elected in 2010.  Now he is running for Florida governor as a Republican, and his campaign touts his expansion of concealed carry permits as one of his top accomplishments! 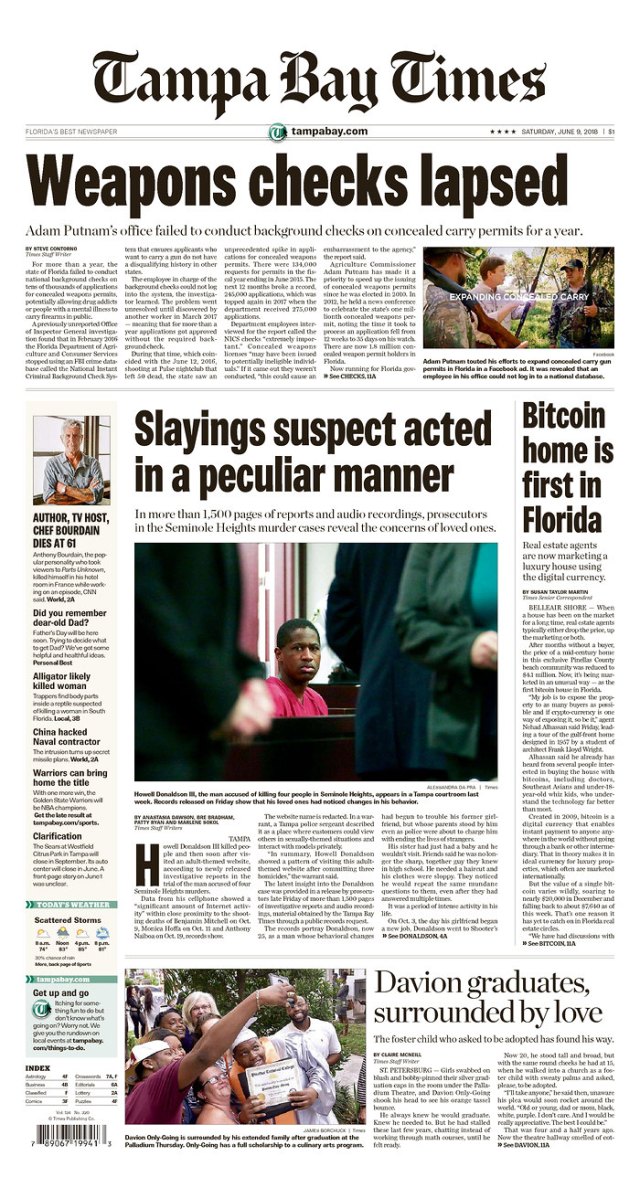