The key to politics is always about addition.    If one is only holding steady with a level of support from a core base then one is not gaining among the nation as a whole.   And when that base of support starts to crumble there is no where else for a politician to head but south in the approval ratings.

As we exit another wild week of chaos and bombast from the Donald Trump White House I wish to take a moment to comment regarding how President Nixon would proceed if in the Oval Office.  This week was one of those which most White Houses would see as a fresh starting point.  The State of the Union, and the days which follow, can always play well for a president who knows how to command a strong message, and then allow for his communications team to use their skill and expertise to craft and guide the daily talking points.

That was not achieved this week as Trump took to twitter and seemed to relish in undercutting, what one has to assume, were the best efforts of his staff to stay on message.  In so doing Trump broke a cardinal rule that Nixon knew was essential for a leader.    Not only does Trump not work to expand his base of support, but he does nothing to walk his supporters towards the middle of American politics.

Recall that Nixon was a strict anti-communist when he took office in 1969.  In some respects one can place how Nixon viewed himself as a hardliner on foreign policy, being akin to how Trump sees himself as tough and willful on the issues that he deems important.   But where the two part company in grand fashion is that Nixon well understood to be an effective president requires stretching a political base towards the middle.   And in so doing it allows others in the center of American politics to feel, and see, a president making efforts for compromising policies.   Nixon was hoping by making such moves to create a new majority of voters.

Trump has stalled and stagnated at every turn when it comes to enlarging his base of support.

This week reports concerning a second summit meeting between North Korean leader Kim Jong Un and Trump were announced.  Following that news there were some loud ‘explosion’ type sounds in the Madison area.  Some called these noises ‘ice quakes’ due to water in the ground freezing and expanding.   Or they might have been a message from Nixon to this blogger about the folly that Trump is once again entertaining.

Nixon knew (and would say) summit meetings are only meaningful if they are well-prepared and reflect negotiations that had already made major progress through established diplomatic channels.  To pretend that personal relationships can be the basis for an understanding between conflicting nations is absurd.  What Trump offers as sentimental rhetoric regarding Kim and North Korea is dangerous.

But then Nixon read volumes of briefing books prepared by his staff and various departments.  He was also a very-well read man by the time he took the oath of office.  Trump, as reported by Time, need to have aides keep his attention by using visual aids, confining briefing points to two or three sentences, and repeating his name and title as frequently as possible to lure him along. 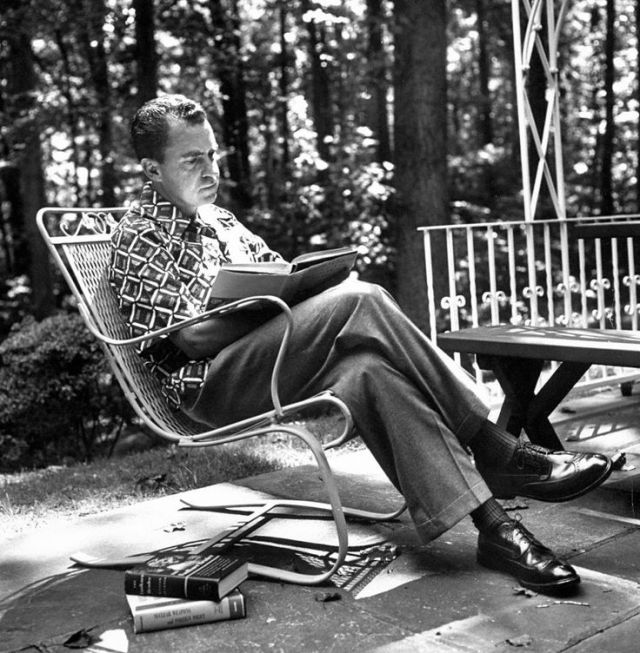