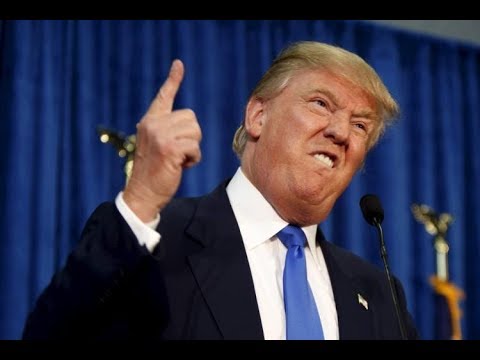 What took place as Donald Trump stood for over two hours in front of CPAC attendees must not be dropped from our national conversation.   It was the profane language Trump used which makes for many wondering today what has happened to the national dialogue in our nation.

Trump used language that his conservative base will not hear at–should they attend–Sunday church services.  Yet these same people who would not allow their kids to use such words, and would not be allowed to use such language with customers in the workplace, will clap and approve of the low-brow way Trump spoke to a national audience.  His vulgar display is part and parcel of the base of his support.  I get that fact.  But a president must lead by example and set a standard for the nation.

That my last sentence is now a laugh line is why I post on this topic today.  What Trump has done to the presidency is a tarnish and dirty stain that will last a very long time.  And citizens need to care enough about that matter to pay heed and speak out.  Outside of the clowns who call Trump “God-chosen’ are the rest of us.

If the media didn’t bleep such profanity on television news they would get backlash from offended people.  But the president’s base seem not to be offended that the profane utterances are from Trump himself!

I know what mom would say to such an outrage as what happened Saturday.  Without missing a beat her words would be akin to ‘You can’t even leave the president on in the house without worrying what is going to be said.’

Her views would not be couched in partisan politics but rather old-fashioned and common-sense values.  She hated to hear even words like ‘damn’ and ‘hell’ coming from our elected officials as she thought those people were to set examples for others in the nation.    When you read that line and laugh please note that this was truly how people once felt about our nation and those elected to represent us.  Those sentiments once held are long gone, but look where we landed as a result.

How should we conduct ourselves in society so to have honest conversations on the one hand, and yet not needlessly offend on the other hand?  I would argue it is not that hard given the entire dictionary of words that one might use to make a point.

Everyday people use words wisely, and so I have to laugh when I sometimes hear that someone is ‘unable to speak freely’ as there are too many rules about needing to use politically-correct speech.  That is just a cop-out for acting with civility in modern-day society.

Words have weight and if we are to live in a society where the hope of coming together is to exist at all we need to be aware of the impact of the words we use.    I use to speak before groups of constituents when working in the state assembly and was always aware of the audience I was in front of to push the right message by using the right words.  I used words hours at a time when working in radio and never felt the need to resort to ones that were rancid.

The use of words is key to everything we do.  Being an adult is knowing how to employ the best use of words.  It also means understanding the power our words carry for both good and bad.  Perhaps Trump can sit for a few minutes this week and page through a dictionary so not needing to be schooled on proper word choices.

Coming from a broadcasting background where words matter, and working in a legislator’s office where conduct was always viewed or heard by someone, means perhaps I see this issue as more prescribed than others in society.  But it really should not be so.  We all should care about the use of language by elected officials.