The heat remains on the antics of Boris Johnson and his loud altercation with his girlfriend last week.  Brexit is front and center in everyone’s mind while the scandal is being played brilliantly by Jeremy Hunt, his main rival.

This is the fourth day of scandal for Johnson with his picture on many of the front pages.  The most serious new reporting comes in an excoriating column from Max Hastings,  Johnson’s former boss at The Telegraph.  Hastings accuses him of cowardice, self-obsession and moral bankruptcy.

“The Conservative party is about to foist a tasteless joke upon the British people”, writes Hastings, “who will not find it funny for long”. 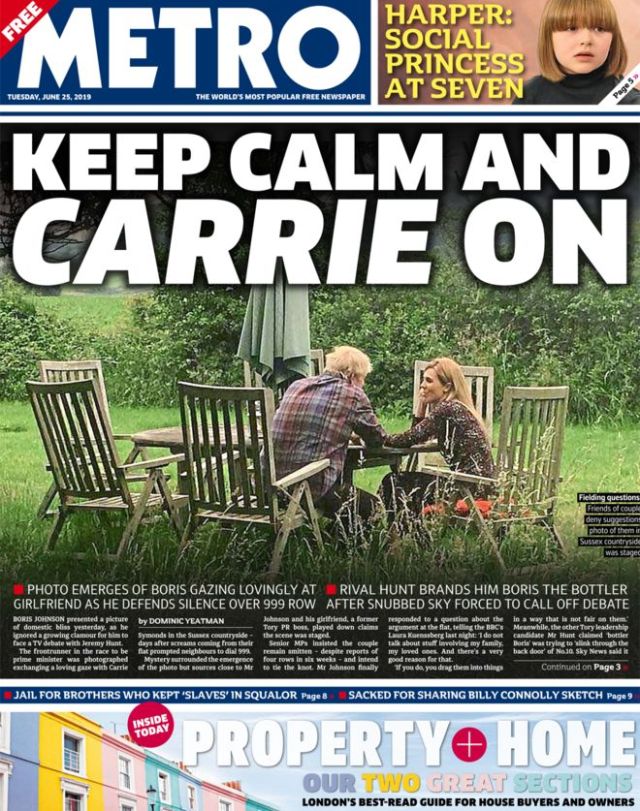 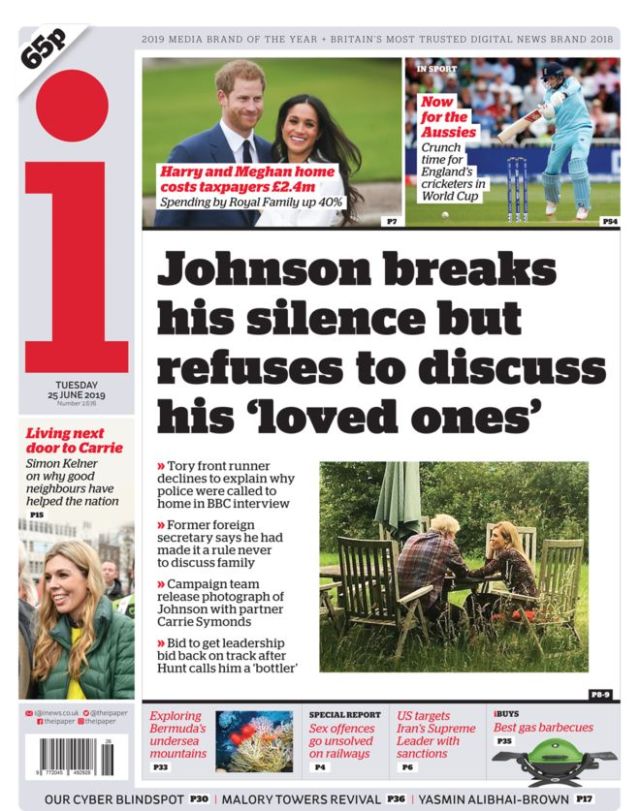 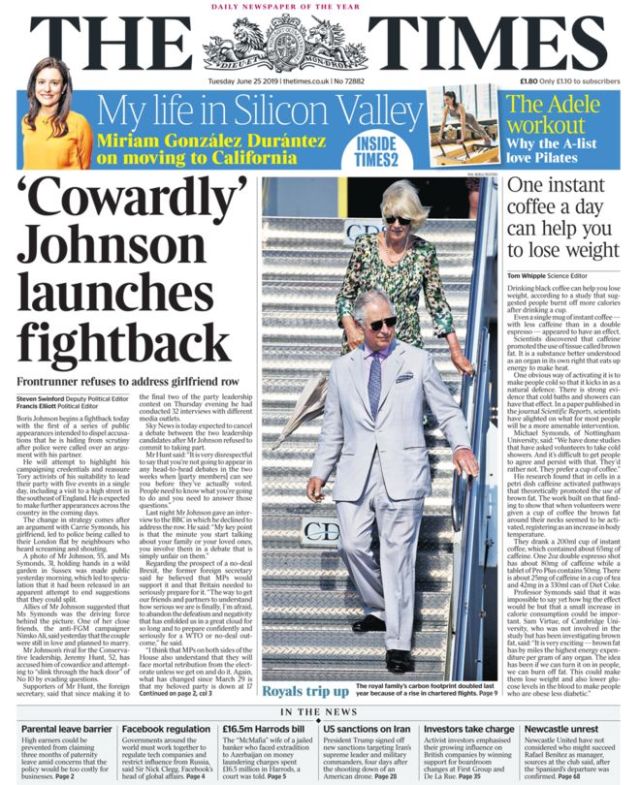