Process matters at Caffeinated Politics.  I stress that theme, again and again, be it an issue locally or one connected to Washington.

That is why there is much to disagree with over the reprieves granted to some troubling members of the United States military last week.  Trump made the moves for purely political reasons and in so doing has ignited a blowback that is going to sting his tiny little hands.

What has developed in the past days is resentment within the military as the Trump action is seen as a sign of disregard not only for the decisions of military juries but for the judicial process itself.

Process.  A word that when undermined or attempted to be marginalized will come back with a vengeance and teach all a lesson.  Donald Trump is about to find that out the hard way.

Within the military, there is deep concern over Trump’s actions as many feel it will erode discipline by sending a message to troops and commanders that in some cases the laws of war would not apply.  So now there will be an official reaction to Trump’s glaring blunder.

The Navy SEAL at the center of a high-profile war crimes case has been ordered to appear before Navy leaders Wednesday morning, and is expected to be notified that the Navy intends to oust him from the elite commando force, two Navy officials said on Tuesday.

The move could put the SEAL commander, Rear Adm. Collin Green, in direct conflict with President Trump, who last week cleared the sailor, Chief Petty Officer Edward Gallagher, of any judicial punishment in the war crimes case. Military leaders opposed that action as well as Mr. Trump’s pardons of two soldiers involved in other murder cases.

Navy officials had planned to begin the process of taking away Chief Gallagher’s Trident pin, the symbol of his membership in the SEALs, earlier this month. But as he waited outside his commander’s office, Navy leaders sought clearance from the White House that never came, and no action was taken.

Admiral Green now has the authorization he needs from the Navy to act against Chief Gallagher, and the formal letter notifying the chief of the action has been drafted by the admiral, the two officials said.

The question that is making for lots–and I mean LOTS–of speculation around the nation tonight is the following one.

Will Gordon Sondland plead the fifth on Wednesday?

Donald Trump’s ambassador to the EU has already had to amend his testimony once, and subsequent witnesses have testified that Sondland called Trump on an unsecured phone.  Recall how Trump was so concerned about Hillary Clinton and security measures during the election.   Meanwhile the July 26 from a Kyiv restaurant and discussed “investigations” were not mentioned in his deposition.

I am making a large pot of coffee and am ready for the fireworks.  I do wonder if we will see heavy perspiration on his head as he sweats for answers.

More than two years after the shooting at the country music festival in Las Vegas, a woman wounded in the shooting has died, a coroner’s release stated.

Kimberly Gervais, 57, was paralyzed after being shot on Oct. 1, 2017, at the Route 91 Harvest music festival in the deadliest shooting in modern U.S. history. The shooter killed 58 people and wounded hundreds of others.

Gervais was recovering in a nursing facility in Redlands, and was brought to Redlands Community Hospital on Friday afternoon where she was pronounced dead, the San Bernardino County coroner’s release said. The coroner’s division will conduct an autopsy.

The senseless nature of mass shootings and the stain it leaves on our entire nation due to the lack of resolve to enact meaningful gun control laws is stunningly sad.

A  sizable and vocal crowd gathered Monday night on the Madison isthmus for the monthly meeting of the Marquette Neighborhood Association. Over the past several weeks there has much rancor over the events that took place at the yearly membership meeting when board elections were held.

Collen Hayes, a current board member sought re-election at that meeting, having her letter of intent read to the membership as she was absent.  Then things got needlessly murky.  After the balloting for this quasi-governmental board was completed word reached the members gathered at the Wil-Mar Center that Hayes had somehow decided not to serve another term.

Later that evening I was informed via telephone that of the seven members up for election, Board President Lynn Lee received the fewest number of votes.  Madison Alderwoman Marsha Rummel was in the room at the time of the balloting and took a phone picture of the final tally.  With Lynn losing the election, and a sudden reversal of intent from a candidate after the members had cast their ballots, meant a local Rubicon had been crossed.

Within 48 hours concerned members of the neighborhood started working on a strategy at a local home where many folks assembled.  For transparency to my readers, I was one of those seeking redress to the election.

I have pressed the Board, during the term of President Lee, to create a cleaner, more open, and transparent process of conducting business.  In fact, it was a year ago in October I wrote on the public list-serv in our neighborhood that the vote tallies for the annual meeting should be made public.  Lee, in one of his usual defensive modes, stated that no such data would be made public.  One has to wonder why.

Had there been an open process at the membership meeting regarding the tallies from this year the members would have known that Lee received the least votes cast.  And it would have placed the self- removal of Hayes into a better perspective for the membership to consider.

In the days after the voting results became known this sorry story devolved into a discussion of executive abuse when the MNA president (Lee) threatened those seeking redress with the withdrawal of MNA financial support for the Willy Street Park.  The email with his words is truly unsettling.

At Monday’s meeting, a motion was put forth from the board to attempt a remedy to this mess.  It read as follows.

Motion to treat Colleen Hayes’ withdrawal as a candidate for the MNA Board of Directors as a resignation and to take appropriate action according to Section 6.02(g) of the bylaws to fill the seat. And to direct the MNA Vice President to implement the process.

When asked by a lawyer in the crowd for the board to read the letter submitted from Hayes, so to have a factual definition of what she actually stated, and also what time the letter was written and received, there was a stonewalling that would have made Richard Nixon proud.  The board was not going to engage in any attempt to clarify the matter and stated several times for the good of the various projects underway, the work in committees, and the greater needs of the neighborhood they wanted harmony and a forward look.

Had the audience been super quiet the words of Bill Clinton could be heard from 1997, ” I need to go back to work for the American people.”

One member in support of the board, and a family member to the president, stood and tried to explain that the members of the board were super busy at the October meeting as they were putting on a chili supper and running the meeting at the same time.  They could not be expected to know all that happened over the Hayes matter.   And from the Monday night meeting, it was most clear they were not either curious enough to find out or mature enough to admit a glaring problem and take personal responsibility.

Which leads me to President Jeb Bartlet on NBC’s drama West Wing. When he offered to be censured by Congress for less than candid answers about his health and MS condition, he told his White House Chief Of Staff that no one in Washington takes the blame for anything anymore.  Therefore no one is ever held responsible for anything that goes wrong.  As such he stepped up to the front of the line and endured the political punches by doing the right thing on the award-winning TV drama.

If only the MNA Board could have mimicked television last night. More often than not when there are serious lapses in judgment, as occurred at the October meeting, there is much finger-pointing and artful dodges along the way.  But little in true accountability ever surfaces.  We learn of the mistakes but rarely hear, as Bartlet said, anyone taking any self-blame.

The motion passed on a unanimous vote.  Based on the performance of the Board at the membership meeting, and the refusal for anyone to take personal responsibility last night, means close attention to the actions of the board will need to continue.

There are no Jed Bartlets on this MNA Board. 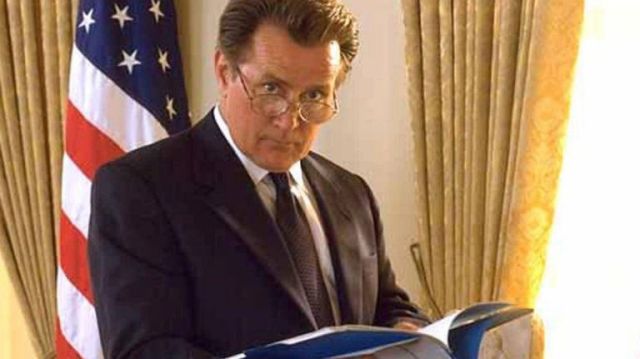