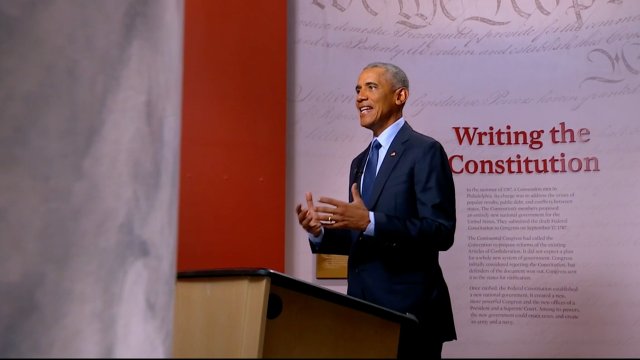 Every fiber of my being was alert, engaged, applauding, and aligned with the themes and speakers during the third night of the Democratic National Convention.

Starting with gun violence which plagues our nation and with Gabrielle Giffords providing words of hope and courage–which left tears in the eyes of both men in this home.  Calls for humane pleas for justice and empathy with immigrants and those who are covered under DACA.  It was one of those nights when Americans were able to see not only the problems which are piled high in our land but also the ways they can be dealt with through reasoned and logical leadership with Joe Biden.

In my daily life, I love the dead-pan and understated lines that when delivered power-punches in a way that a big build-up and splash could never convey as effectively.  Such was the case when Kamala Harris, our next vice-president, stated matter-of-factly the following with eight words.

I know a predator when I see one.

It was a verbal volley not only over the Trump White House but straight through the front door.  The self-admitted sexual predator who has lived at 1600 Pennsylvania Avenue for the past four years has just been called out.  The relentless repetition of his abuse of women will be a theme for the remaining 75 days of this election.

I have often asked how our nation fell from having a constitutional law professor in the White House with President Obama to Donald Trump who continuously showcases his ignorance.  During Wednesday night’s convention, I was moved by the lifting words and solid underpinnings of Obama as he used history and our Constitution to show how our present course can be corrected.  Must be corrected.

While listening to his speech I was reminded again how little leadership we have from this White House.  Never once in the past four years could we ever have heard Trump offer any aspect of the lines we heard tonight–the type of words and substance our nation yearns for.

Some years ago, I sat down with John and the few remaining leaders of the early Civil Rights Movement. One of them told me he never imagined he’d walk into the White House and see a president who looked like his grandson. Then he told me that he’d looked it up, and it turned out that on the very day that I was born, he was marching into a jail cell, trying to end Jim Crow segregation in the South.

What we do echoes through the generations.

Whatever our backgrounds, we’re all the children of Americans who fought the good fight. Great grandparents working in firetraps and sweatshops without rights or representation. Farmers losing their dreams to dust. Irish and Italians and Asians and Latinos told to go back where they came from. Jews and Catholics, Muslims and Sikhs, made to feel suspect for the way they worshipped. Black Americans chained and whipped and hanged. Spit on for trying to sit at lunch counters. Beaten for trying to vote.

If anyone had a right to believe that this democracy did not work, and could not work, it was those Americans. Our ancestors. They were on the receiving end of a democracy that had fallen short all their lives. They knew how far the daily reality of America strayed from the myth. And yet, instead of giving up, they joined together and said somehow, some way, we are going to make this work. We are going to bring those words, in our founding documents, to life.

It was a night of tonic for the soul.  Some tears, some smiles, some reflections, some hope building.  It takes nights like this to get us to the place we want to be.