There is an absolutely must-read news story on Treasury Secretary Steve Mnuchin in today’s New York Times.  It is one of those larger type reads which usually lands in the Sunday edition.  Over two full pages, which included nuggets like the following.

Robert Mnuchin’s wife, Adriana, has reminded people that she is not Steven’s biological mother. (The couple married when he was a toddler.) She reluctantly attended Steven’s 2017 wedding to the Scottish-born actress Louise Linton. Ms. Mnuchin pretended her arm was injured in order to avoid having to shake hands with Mr. Trump, according to her grandson Zan Mnuchin Rozen.

But what I found really troubling was the following portion.

That afternoon, Mr. Mnuchin joined Mr. Trump and his coronavirus task force at the White House. Dr. Anthony S. Fauci, the head of the National Institute of Allergy and Infectious Diseases, delivered grim news: The virus was spreading in the United States at an exponential rate.

The next day, Mr. Trump spoke about the virus on Capitol Hill. “Just stay calm,” he urged. “It will go away.”

Mr. Mnuchin, however, had shifted into crisis mode.

He spoke with Ms. Pelosi that afternoon to talk about an economic rescue plan. Mr. Mnuchin was pretty much the only member of the administration on speaking terms with the House speaker. (They had developed a working relationship while negotiating an increase in the national debt ceiling last year.) They discussed bailouts for the airline and hotel industries…

It is bizarre behavior for Donald Trump to label the female Speaker of the House as “a sick woman” with “mental problems.”   It is truly concerning that the third most powerful person in the United States government is relegated to such a status within the Trump White House that at a time of national crisis there was only one person “on speaking terms” with Nancy Pelosi.

We simply must have more collegial and sound relationships among the various parts of the government.  This is yet one more example of how far astray we are under Trump from a working and properly functioning government.

One more prime example as to why the voters need to correct the issue by removing Trump from the Oval Office. 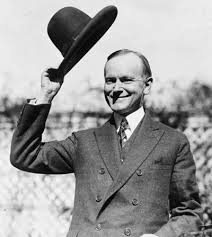 Our national history shows that the larger interests have been best served when a president played to the higher ideals of the nation, and the ‘better angels’ of our nature. This year the cultural reckoning about racism has erupted loud and clear with what Morning Joe host Joe Scarborough reported this morning on his broadcast brought 15-26 million peaceful protesters out to the streets around the nation since the death of George Floyd in Minneapolis.

For the past week, the center of the headlines and protests about police brutality has brought a focus on Kenosha, Wisconsin.  It is reported Donald Trump will visit Tuesday with local officials and tour the areas impacted by violence following the shooting of Jacob Blake.  Governor Tony Evers along with other state and local officials have requested  Trump postpone his trip, as they fear his desire to use ‘law and order’ rhetoric will only inflame an already tense situation.  Given past performances by Trump on Twitter and in other venues the concerns have merit.

Evers and other elected officials understand what is needed now are words from a national leader about why we should have hope in the midst of the justified anger.  They know there needs to be a message megaphoned about plans, ideas, and legislation that reverses the trend of the deadly headlines and replaces them with ones about justice and policing reforms.

But no one believes that Trump has the desire or capacity to speak to that need, or that higher national ideal that literally is screaming out for a president to address.

Which takes us to President Calvin Coolidge.  Many recall his nickname ‘Silent Cal’ but it was his inner desire to speak time and again about the racial issues of his time that brings him to mind.  Kenosha and the nation now await someone to offer powerful words to demonstrate who we are as Americans at this juncture, and what a path forward to achieve our aims should look like.

Republican Coolidge proved how such presidential behavior takes place.  One just stands up and leads.

It was obvious in his first State of the Union Address when he spoke in favor of the civil rights of African-Americans, telling Congress that the rights of these citizens were “just as sacred as those of any other citizen” according to the Constitution. He called it a “public and a private duty to protect those rights.”

At Howard University in 1924 he spoke how the nation “has need of all that can be contributed to it through the best efforts of all its citizens”.  He talked about how African-Americans “have repeatedly proved their devotion to the high ideals of our country.”

What Coolidge repeatedly achieved during his time in the White House with his many remarks about including more people into the national community was his sense of civic patriotism. He rejected the nationalist pull that so many would have preferred he take, and instead spoke of values and foundations that have made this nation stronger.  Leaders with moral strength have always found it easy to speak to the nation’s higher ideals.

What Kenosha needs this week is a Calvin Coolidge type message.  What this nation yearns for this summer are words and plans that bind us together, and point us upwards and not at each other.

Sadly, Kenosha and the rest of the nation will not get that from a president this year. 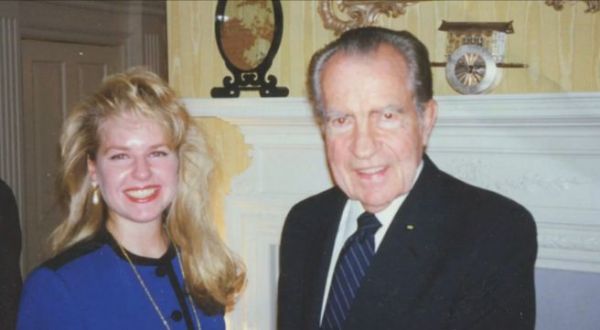 In today’s New York Times one of those sidenotes of history can be found in the massive well-written and researched article on Treasury Secretary Steve Mnuchin.  Treasury spokeswoman Monica Crowly has an interesting job, especially in the past months of economic disruption due to COVID-19.  But it is her fawning behavior over Donald Trump that has left this blogger shaking his head.

After all, it was Crowley who had the ability to sit as an assistant to former president Richard Nixon and hear him expound on all sorts of points of history, policy, and politics.  She then wrote her own books on Nixon’s views, each which sits on shelves behind me as I write this post.

I wrote with pleasure about her a decade ago but noted even then at the closing “she agitates her way on television”.

A fast-paced and most enjoyable read can be found with Monica Crowley’s “Nixon Off The Record”.  The final years of President Nixon’s life were less stressful as he moved further away from the day he resigned the presidency.  Never-the-less his time was filled with thoughts about international relations, political calculations, and reflections about the meaning of leadership and his role over the decades on the world stage.  As Nixon talked with Crowley there is the sense that he is also speaking to the history books.  After their conversations, she would write the content of what the two discussed.  It was not ‘talking out of school’ as there is every indication that Nixon was aware of who the final audience would be when conveying his thoughts to Crowley.

A huge segment of the book deals with the 1992 election, and as the events unfold we hear Richard Nixon on every move and counter-move as the candidates fight in the primaries, move to the party conventions, and then slug it out on Election Day.  Through it all, we feel his angst at not being in the fray as a candidate, and also not able to stand alongside the party in a more forthright manner and speak to the issues that energized him.  The matter of foreign relations with the former Soviet Union is front and central for the former president.  Crowley captures this well as Nixon works at ways to find his voice on the large stage of international relations.

Nixon prided himself on being well-read, steeped in facts, and invested in the international events in which he had played so many parts from his days as a congressman, senator, vice-president, and then leader of the free world.  As an elder statesman, Cowley had the proximity to learn much.

But all lessons, as we know, do not take.

On social media Crowley misstates that Trump created “one of the strongest economies in history”, not admitting what President Obama had actually put in place as 2017 started.

But most importantly for the purpose of this post, Crowley failed to learn a vitally important lesson from Nixon, though admittingly, it mostly went unsaid by the man himself.  Crowly, however, is not an uneducated woman and should know better. The lesson is that laws and rules are put in place so to guide an ordered process of governing, and government itself.  So it was troubling to read her writing on Twitter the following.

Can’t wait to watch President….accept the Republican nomination tonight from the South Lawn of the whitehouse! A historic moment for a historic President. Honored to be a part of this great moment…

The Hatch Act was not a suggestion!

Monica Crowley is one more example of an otherwise smart and skilled person who entered the Trump orbit and will leave it with a soiled reputation.  To lap at the feet of the Trump administration for morsels when she sat for endless hours of elevated conversation with Richard Nixon must be so humiliating.