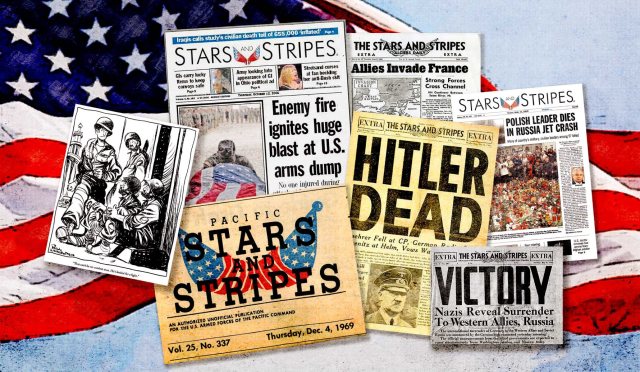 Once again there is proof of autocratic actions being taken by Donald Trump. Not for the first time does this blog make that point, nor will this be the first post to underscore the efforts made by Trump to undermine the press and shortchange the dissemination of news by reporters.
The Pentagon has ordered the Stars and Stripes, a printed newspaper (and also in recent times an online source) to end all publishing. This newspaper has been a news and entertainment sources since the days of the Civil War. The shutdown is to occur by September 15th, with the last newspaper in all formats to be ended on the 30th of this month.
This newspaper was the start for many famed reporters, but the one most of my readers might best know is Andy Rooney who in his later years closed out CBS’ 60 Minutes.
The newspaper had its start in 1861 when Ulysses Grant overran a town in Missouri. Some of his troops were former pressman and they set up operations at a local newspaper office abandoned by Confederates. It should not come as any surprise that the same need for a newspaper exists today among the soldiers.
The paper is printed in places worldwide and delivered daily to our fellow Americans–even troops on the front lines! It is simply galling that Trump shuts down a newspaper–and an information source–that the military view as their paper as much as we appreciate having the daily paper of our choice or the “hometown’ one tossed onto our front stoop.
The reason I bring up the autocratic aspect in relation to Trump is that his administration is claiming the authority to close this newspaper under the president’s fiscal year 2021 defense department budget request. It simply removed all funds for the newspaper. The issue that showcases the authoritarian move is that Congress has the power to make such decisions concerning the use of taxpayers’ money, as the House approved funding for the paper.
The Constitution has never stood in the way of Trump acting rashly before, and he is making it clear he does not care about the document now. The citizens, however, must care about the institutions and norms that exist in our nation. The Stars and Stripe must not cease operations.