I am continually amused that some Republicans are ‘shocked’ that Donald Trump acts the way he does, now that he is in the White House.  What, pray tell, did they think his past decades of behavior, along with an outrageous campaign style, portend for the future?   What did they think they were voting for if not exactly what the nation now has on a daily–often hourly–basis?

In the 1960’s a New York Republican governor went through a nasty and public divorce and remarriage which made him no longer eligible for the presidential nomination.   Now we have a person in the Oval Office who uses whores, cheats on his third wife as he had with the other two, and has no shame about the matter at all.

Which brings me to the place our nation now finds itself.

According to Nielsen overnight ratings, Sunday night’s 60 Minutes, which included Anderson Cooper‘s two-part story on Stormy Daniels, is on pace to be the most-watched episode in nearly 10 years for the news-magazine show.  The closest rival in ratings was in November 2008 when Steve Kroft interviewed then President-elect Barack Obama.

60 Minutes had a 4.0 rating in adults 18-49 and 21.3 million viewers, more than doubling in both measures compared to last week’s show. The interview also earned a 16.3 rating in Nielsen metered market households. Obama’s interview notched a 17.4 household rating and ultimately came in with 24.5 million viewers.

‘Welcome to Trump’s Sewer, brought to you this evening by the ignorant voters in Red state America.  We will return to our broadcast after these messages.’

I so much respect and admire the work of Lesley Stahl.  If you have not read her book Reporting Live please do so as it is insightful and allows insight into the work modern journalists undertake each day.  This Sunday Stahl will conduct an interview with President-elect Donald Trump–his first extensive post-election interview on Sunday’s 60 Minutes.

This is something he will share with Barack Obama, who gave 60 Minutes his first interview following the 2008 election. It was 60 Minutes as well that secured the first joint interview with Trump and Mike Pence following the announcement of Pence as running mate. The Trump interview will take place on Friday, and it will air on Sunday.

By sitting down with Stahl for 60 Minutes, Trump is granting his first post-election interview to the broadest possible television-news platform. The long-running newsmagazine is television’s most watched news show, and receives a sizeable lead-in during the fall from NFL football.

I hope that Trump keep his hands to himself as Stahl is an attractive woman.

An hour before the Academy Awards are aired on national television a very special program will be broadcast on CBS.

Tonight’s edition of 60 Minutes will feature an hour-long tribute to Bob Simon who died recently.  It will be a time to honor one of the great journalists we all have had the pleasure to learn from over the years. 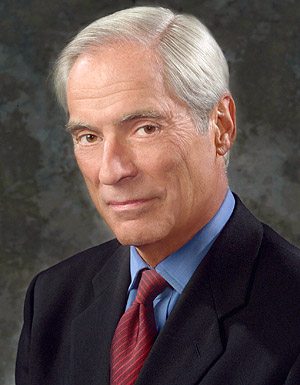 60 Minutes correspondent Bob Simon has died in a car accident in New York City.  He was 73 years old.  Simon’s career in news spanned some 50 years and earned him countless awards, including four Peabodys and 27 Emmys.  Simon joined CBS News in 1967. He had been contributing regularly to “60 Minutes” since 1996.

There was a gentlemanly manner to his stride in the business, and I would suspect that carried over into his personal life as well.    It is never easy to part with those reporters who have always just been a part of our media family, and that is certainly true tonight with this news.

I was simply amazed and almost brought to tears at times when watching the two segments on 60 Minutes which aired last night regarding people over 50 singing songs while sharing a part of their life story.  Lesley Stahl reported on a Harlem choir for mature adults that’s helping to give older voices new control over their challenging lives.  There is no way not to clap and cheer, smile and rejoice at this story.  Simply uplifting.

Give yourself the biggest delight of the day and watch the following from CBS.

Part One and Part Two

Over and over a few themes emerge on this blog.  One of them is “process matters”.  From how legislation passes in congress, to how Governor Walker plays with policy, to this case which shows the international community how we handle legal affairs the process to everything has to be fair and open.

I only ask my readers to take a few minutes and watch this 60 Minutes report on Guantanamo detainees and the tortured process that the United States government is using to try them for the 9/11 attacks.  No one is saying these men were not involved in 9/11 or that they were not intent on harming this county or its citizens.

But that is not the point.

There needs to be a fair process that plays out for these defendants or the very principles that we so proudly claim to be ‘American’ does not count for anything.

I have long argued that Guantanamo should be closed and these trials should have taken place in the United States.

Watch this and tell me how proud you are of the system that operates in your name.

Interesting format on this Sunday’s “60 Minutes:” Both candidates – President Barack Obama and GOP nominee Mitt Romney – will appear on the very same broadcast, though in separate interviews. In what almost sounds like an early preview of the debate, “60” says: “The president and his challenger will answer questions on the election’s biggest issues…. Steve Kroft will question President Barack Obama and Scott Pelley will question Republican Presidential Nominee Mitt Romney in separate interviews…”

Perhaps the best part of this news is that famed newsman, and solid reporter Bob Schieffer will be doing the interview for CBS.

Mitt Romney and Paul Ryan will tape the interview today in High Point, North Carolina, and broadcast on 60 MINUTES tonight  at 7:00-8:00 PM, ET/PT)