Every year I make a prediction for Time magazine’s “Person of the Year”.  Admittedly it is early to call such a prediction, but there is certainty from my perspective about this matter, and I am ready to put it in print on my blog.

There is no doubt in my mind, barring some totally unpredictable momentous calamity, that the events that have moved and stirred the human spirit around the globe, while putting all despots on notice, will make for this year’s “Person of the Year.”

And since there is always a runner-up for the magazine….in second place will be the Tea Party.

It is that time of year when I step my feet into the shoes of Nostradamus and make a prediction about the person that will grace the cover of Time magazine as the Person Of The Year 2009.

As I look at the world landscape the person who seems to be generating the most debate, both cerebral and heated, is the one who rightfully requested and will receive more troops for Afghanistan.    The  military scenario that this man will develop and employ in the war in Afghanistan will not only impact foreign policy, but will also leave a huge fingerprint on the life of President Obama.  The stakes are great, and the nation is watching.  All eyes this year were riveted on the war in Afghanistan, and the same will be true next year as even more soldiers are to be sent to fight a needed war, one that we must win.  The Taliban must not control that nation, or be allowed to nest in the mountains ready to undermine Pakistan.

Therefore I predict that Time Person Of The Year 2009 will be….. 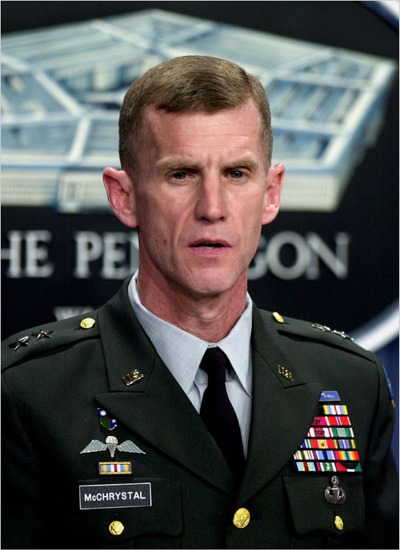