So I open my newspaper today and there is a picture of Wayne Newton that makes me think he got on the wrong side of the mob given what his face now looks like.  The larger story was about pop musicians mostly coming to the aid of Hillary Clinton.

On the other side, Mr. Newton, the Las Vegas entertainer, attended the final presidential debate last month in support of Mr. Trump and has given interviews defending the candidate from accusations of sexual misconduct.

The pot calling the kettle black?

But it was that photo in the paper–and to think at one time he was rather good-looking. 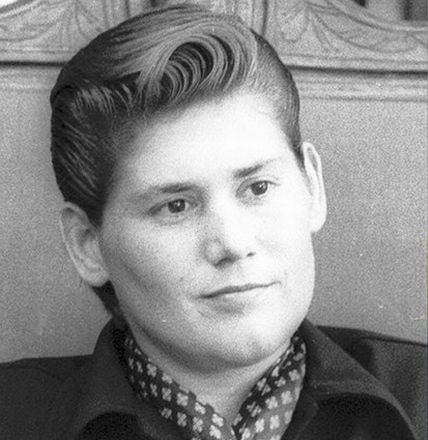 It appears to me the morning after the Republican debate the lay of the land is not so different from that which existed prior to the slugfest.  Donald Trump and Ted Cruz are still in the top two positions, and while that adds some excitement for the base in the primary contests that in no way aids the party for the general election.

The top two–for whatever reason–did not joust in the fashion that many had expected–or hoped for.  No new openings were created last night for another candidate to emerge or present themselves to the voters as a real contender.  For the holidays it appears the contest will be frozen in place.

Senator Rubio again proved that he is a serious thinker–regardless of whether one agrees with his views or not.  Taking a strong stand on the need to remove dictators and do so in a time-frame that makes it more likely to work for American interests is indeed the prudent and wise way to proceed.  His differences with Cruz over the support or lack of support for dictators along with their sharp differences over immigration made for the best part of the debate.   Rubio speaks to the larger needs of the party, while Cruz played to the harsh right-wing element who love to present their views now and wonder later why they are on the outside of the White House looking in following Inauguration Day.

Jeb Bush proved again that he is a cerebral man.  But you know he is wondering what in hell is wrong with his party as he argues with Donald Trump about the idea of going after the families of terrorists. There is no way that Jeb could have imagined he would need to slip lower than the curb regarding issues he needed to talk about in order to win the nomination. But that is where Trump has taken the party–and sadly the nation.  The best line of the night was when Jeb stated “Donald you are not gonna insult your way to the presidency.”

The worst image of the night was when Cruz gave a Joe McCarthy grin when asked about his statement in wanting to see if sand glows from carpet bombing the Mid-East. The man was potty trained at gun point–I am sure of it.

Ben Carson again showed how little he knows. When he at one time talked about wanting more air time at the debate and then seconds later proved himself unable to answer a question when given the chance to talk—well, he needs to just go back to sleep for the rest of the election.  He is not ready for prime time–in any time zone.  No one can take him seriously.

But then it is hard at another level to take Chris Christie seriously as a presidential contender after his incendiary remarks about shooting down Russian pilots over a proposed no-fly zone.   If a candidate can not muster the art of crafting  a careful  response in a mere debate how can we have any faith, given the real stress of the Oval Office, that dangerous language will not be the norm.

Finally the light-hearted moment of the evening was from Wayne Newton who was seen in the crowd for the GOP debate—–how many face-lifts has this man had? He looks like a space alien.  I found a recent photo of him online.

I knew someone would want to know.

Newton’s first pitch made it all the way to home plate, but on a bounce.

(Strange fact you may have never known…the only person I ever stood in line for to get tickets was Wayne, and while I did get third row the best part were the blue-hairs that brought cookies and were sitting alongside me before the sales started.)

This should be a memory-maker.

UPDATE….Newton’s first pitch made it all the way to home plate, but on a bounce.

For Chicagoans who can’t make it to Las Vegas, singer Wayne Newton brought a bit of Vegas to Chicago.

To promote the casino capitol of the nation, the Vegas icon and 100 backup singers performed on a whirlwind tour of Chicago landmarks today.

Backed by singers in white robes and sunglasses, Newton started the day at 7:30 a.m. at Union Station, then headed to Pioneer Court at 9 a.m. and on to Buckingham Fountain at 10:30 a.m. They sang and gave away trips to Sin City.

At 2 p.m., the group will sing to fans at the marquee of Wrigley Field before Newton throws out the first pitch at the Cubs game with the Pittsburgh Pirates.

Just saying.  (If only he would get a face job to remove the wrinkles…..)

This must mean the economy is not doing as poorly as some Republicans (even Newton himself) might have you believe.

Tickets are on sale now for Wayne Newton’s only New Jersey appearance at the Union County Performing Arts Center on Saturday, April 28. Seats for the 8 p.m. show are available for $125, $85, $67.50 and $49 (prices include all fees.)

When Elvis Presley was still driving a truck, Newton — almost ten years his junior — had already sung before a president, toured with a Grand Ole Opry road show and released his first record.

I just had to post this video.  In case you are wondering what was said–hold your stomach—and click here.

There are no words……well there are….but this is a family friendly blog.

During a post-debate interview with Fox’s Greta Van Susteren, Newton, who kept his arm around Bachmann’s shoulder for the entire spot, twice called the Minnesota congresswoman  a “beautiful lady” and endorsed her candidacy.

“It looks like you’re on a date,” Van Susteren said of the pair.

“I am an entertainer but first of all, I’m an American and second of all, I’m a Nevadan, and third of all, I will support this beautiful lady as long as she wants to go,” Newton said.

“I watched the entire debate, and I don’t have to tell you how proud I was of this lady because not only did she hold her own, but she kind of stood alone, and I’m not talking about being female,” said Newton, who was in the hall where the debate took place. “I’m talking about the wonderful things and views that she has for America.”

Clearly the skin got pulled too tight on Newton’s last nip and tuck and it has clouded his thinking.

Just another nugget of news from CP. 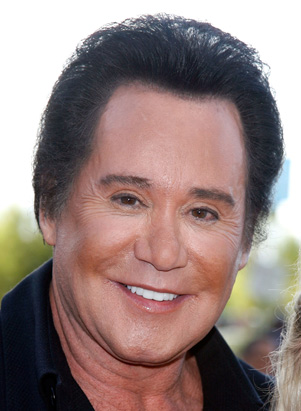 Mr. Las Vegas himself might be putting down the mic for a night to catch CNN’s Republican presidential debate in person.

ITK hears that Wayne Newton, along with his wife, Kathleen, is slated to attend Tuesday’s face-off between seven GOP contenders at The Venetian.

But it sounds like the “Danke Schoen” singer might not be ready to place any bets on any of the White House hopefuls. When asked in a TV interview earlier this month if he would like to see anyone jump into the presidential race, Newton said, “I would fire them all and start over.”